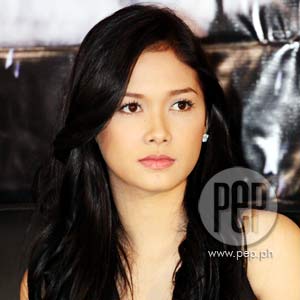 Maja Salvador (in photo) and Ronnie Lazaro lend intensity and subtlety to their roles in the Star Cinema film Villa Estrella. This horror film about a haunted resort is directed by Rico Ilarde.

Formulaic horror films are a dime a dozen. With the wealth of choices we have today, does Villa Estrella stand a chance to get noticed?


Although more modest compared to earlier Star Cinema horror flicks such as Feng Shui and Sukob, Villa Estrella brings something new to the table—a non-generic concept that challenges mainstream cinema. It is not a perfect film by all means. But with some polishing on the storyline and a tighter script, Villa Estrella could be in the same league as Yam Laranas' Sigaw.


Anna's (Shaina Magdayao) inexplicable bouts with nightmares are getting worse. In her dreams, she sees a girl drowning in the murky waters. But she is clueless on what these nightmares mean until an old flame (Jake Cuenca as Alex) takes her to Villa Estrella, a dilapidated resort that his family plans to renovate. Upon seeing Anna, the resort's kooky caretaker (Ronnie Lazaro as Mang Gusting) instantly recognizes her, but Anna says she has never been in Villa Estrella before. As Anna enters the gates of Villa Estrella, secrets are unearthed and restless souls avenge themselves.


Effective horror films start with a skin-crawling concept. For example, an innocent little girl being possessed by a malevolent spirit in The Exorcist or a cursed videotape that claims the life of those who see it in The Ring.


In Villa Estrella, the dirty swimming pool serves as a channel of exchange that connects our world with the afterlife. The mystery of the murky waters coupled with the atmospheric direction from Rico Maria Ilarde (Altar, Sa Ilalim ng Cogon) makes this feature a spine-chilling movie experience.


The movie is also blessed with a strong cast, lead by Shaina Magdayao and Jake Cuenca, who were pretty solid in their portrayals. While supporting players like Empoy Marquez and Rubi Rubi provide some comic relief. But it is Maja Salvador and Ronnie Lazaro who deliver compelling performances filled with both nuance and bravura. It is the kind of portrayal that requires intensity and subtlety. And on those grounds, both actors were effective.


Although above par in mainstream standards, Villa Estrella could definitely use some help in ironing out some storyline inconsistencies as well as breaking away from some horror filmmaking traditions like the inclusion of a clairvoyant (a staple in every horror film) and a monster that belongs to the Shake, Rattle, and Roll world.


It is good to know that a mainstream studio like Star Cinema is recognizing diversity and is learning to be bold with its filmmaking choices. They are now altering their worn-out formulas to adapt to the shifting tastes of moviegoers. If Villa Estrella marks a change in the mainstream filmmaking landscape, then I believe something good is about to come.


PEP PROMO. Ten lucky PEPsters have the chance to win 2 tickets of the movie Villa Estrella, which is now showing in cinemas nationwide.