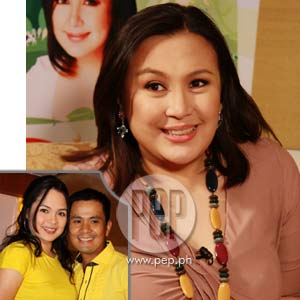 
"We are so happy that Ate Sharon said yes to guesting in OMG," said Juday. "This is a fun movie and we made sure she would have such a good and comfortable time during our shoot."

"This is the least I can do for my friends, Juday and Ogie and Mother Lily who have all been good to me in my years in showbusiness," said Sharon. "Like what the movie conveys, real love and friendship prevails—and despite what everyone says about fleeting relationships and tainted power relationships in this industry, my dealings with Juday and Ogie and Mother Lily transcends everything—will be here forever."

No other than Mother Lily suggested that Sharon wear a costume as a fake fortuneteller (manghuhula).

Is it true that Sharon only shot two sequences for OMG?