Action-thriller Bente will premiere on July 8 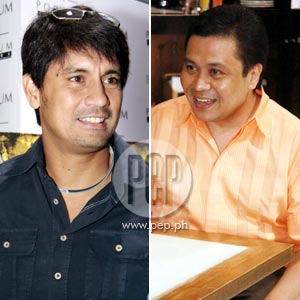 The action-thriller Bente was graded A by the Cinema Evaluation Board. This Mel Chionglo film starring Richard Gomez and Jinggoy Estrada will open on July 8, 2009.

Is a human life just worth 20 pesos nowadays?

This is what the film Bente will aim to uncover. This movie, which opens on July 8, features the parallel stories of two men who are willing to die for their beliefs. Their lives will intersect as both protagonists attempt to escape the evil elements that want to silence them forever.

Arni Guerrero (Jinggoy Estrada) is a radio commentator who is unafraid of exposing the anomalies of their mayor (played by Emilio Garcia). Also fighting for his life in this film is Mervin (Aldred Gatchalian), a young activist who wants to balance his love for country with his love for his girlfriend Riz (played by Glaiza de Castro).

Who among them will be a martyr for their beliefs?

Directed by Mel Chionglo with a script by Ricky Lee, this action-thriller was graded A by the Cinema Evaluation Board.

The premiere night of Bente held at the Podium last July 2 was graced by the stars of the film, their friends and family members as well as noted Filipino directors. Richard Gomez arrived at the venue with his wife Lucy Torres while Jinggoy Estrada arrived solo. Other stars of Bente who attended that night were Snooky Serna, Emilio Garcia, Aldred Gatchalian, Mikee Lee and Ryan Eigenmann. Sid Lucero, Bobby Andrews and Anjo Yllana also attended the premiere night in support of the film. Filmmakers Dante Nico Garcia, Joel Lamangan, and Gil Portes were also there to watch the movie co-produced by APT Entertainment and the Directors Guild of the Philippines.

After the initial screening of Bente, the stars proceeded to Florabel's restaurant for some quality bonding time.

As Ramon, he is torn between fulfilling his duty as a bodyguard of the mayor (Emilio) and finding out the dark secret that his wife (played by Iza Calzado) is hiding.

It is interesting to note that Direk Mel Chionglo showed Aldred and Glaiza leading rallies while actual footage of known activists such as Satur Ocampo and Teddy Casino are incorporated in the film.

Aldred did not find it difficult to shoot the rally scenes because Direk Mel was there to assist him all the way. He was actually more wary of the sexy scenes that he would be doing with his love team partner.

JINGGOY MISSES DOING ACTION FILMS. Senator Jinggoy Estrada says that his role in Bente is not that far removed from his real persona.

Did he have any particular broadcaster in mind when he portrayed his role?

What does he consider as his most memorable scene in the Bente?

Now that the six entries of Sine Direk have already been completed, PEP (Philippine Entertainment Portal) asked Mr. Tony Tuviera of APT Entertainment for his reaction on the films produced this year.

Because of the success of Ded na si Lolo, Mr. Tuviera says that they are open to the possibility of making a sequel to the comedy film about a family dealing with the death of their patriarch.

Bente was originally scheduled to be screened last June 24 but it was moved to July 8, 2009. Mr. Tuviera explained why they decided to move the play date of the movie.

Among the six films of Sine Direk, four entries were graded A by the Cinema Evaluation Board. These are Bente, Ded na si Lolo, Agaton and Mindy as well as Kamoteng Kahoy. The movie Litsonero starring Paolo Contis and Karylle was given a grade of B. The producers lacked the time to submit the entry Fuschia to the Cinema Evaluation Board to be given a grade. Starring Gloria Romero, Fuschia also tackled political issues but shown from the perspective of a female.