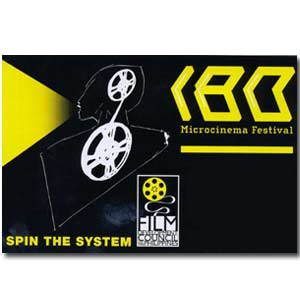 Aspiring filmmakers can already submit their 3-minute entries to the 180 Microcinema Festival, an online film competition organized by the Film Development Council of the Philippines.

Can you create a film that will run for only 180 seconds?

That is the challenge of the 180 Microcinema Festival sponsored by the Film Development Council of the Philippines (FDCP). This short film competition is open to all Filipinos and will have three categories: Narrative, Experimental and Documentary.

In a press conference held at the FDCP office recently, FDCP chairman Rolando "Jackie" Atienza explained why they decided to launch this online film festival, which he refers to as a "unique experiment."

The head of the FDCP pointed out, "We are aware that there will eventually a convergence between the Internet and filmmaking. With 180, we are, in fact, converging the two different activities.

"We are giving filmmakers another outlet, another venue for expressing creativity. And I think it will happen that as the Internet develops, that it will play a much more major role in filmmaking. This is a unique attempt to draw in a lot of participation from people who otherwise cannot create films because of the resources required.

"We feel that with three minutes, it should be easy enough to express your creative impulses. We also feel that if we do get a lot of entries to this competition, we will be able to get a pulse-the pulse of the public...so we will have a feel for popular culture. This will last for about six months; we hope that a lot of people will participate, in what is a unique experiment."

What is the significance of the number 180?

"180 because the entries must be three minutes or equivalent to 180 seconds," he says. "Also, 180 because it represents a turn, so, it's a return from the conventional. So that's really why we chose 180."

Why did the FDCP choose to organize a short film festival?

"Because, nobody's doing it. As a matter of philosophy, when we feel that the private sector is capable or is willing to do things, then we leave it up to them. But if there are gaps, like in this particular case, there's nobody doing this particular type of thing, then we do it and try to fill the gap."

HARNESS THE INTERNET. As the proponent of the 180 Microcinema Festival, project officer Vinci Nakpil-Roxas hopes to showcase the different facets of Filipino culture through this online film competition.

"What we are trying to do here place more emphasis in a short form versus the long form. Because of the emergence of the Internet, attention spans have became shorter and shorter. And so we're trying to harness the Internet to allow people to express themselves--especially Filipinos--and then show a snapshot of what people's inclination are right now."

Vinci (who is actually a descendant of Julia Nakpil and a great, great grandson of Gregoria de Jesus) told PEP that they have scheduled three rounds of eliminations for the next six months.

"We will have three batches because if you don't split them out into batches, the people who submit first will have the advantage, kasi they'll be online for a much longer time. Pag pinapakita na [sa website] yung first batch, yun lang yung pwede i-vote ng mga users. This way, it will be fair for everyone."

For the first batch, the deadline is on August 26, the second batch should be in by September 26, and the third batch of entries must be submitted by October 26.

The awards night of the 180 Microcinema Festival is slated for January 15, 2010.

MECHANICS. Entries should have a maximum file size of 200Mb and a maximum running time of 3 minutes (180 seconds). Each entry must also fall into one of the following categories: Narrative, Experimental and Documentary.

There is no limit to the number of entries a participant may submit.


Winners will be chosen through online user votes and a Jury Panel headed by Jeremy Segay, Asian specialist of the Cannes Film Festival Directors' Fortnight.

The First Place winners of each category and Jury Prize winners will have the chance to pitch for a full-length film development deal with Regal Entertainment.


HOW TO SUBMIT ENTRIES.