Manila will have its regular screening starting July 22 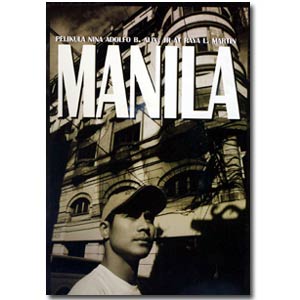 The twin-bill film Manila is being distributed by Star Cinema and will be screened in cinemas nationwide starting July 22, 2009. Piolo Pascual opens up about being a first-time producer in this film directed by Adolfo Alix Jr. and Raya Martin.

Aside from being listed in the credits as an actor in the film Manila, Piolo Jose Pascual is also listed as an executive producer. Get to see the matinee idol's work when this indie film is screened in cinemas nationwide starting July 22, 2009.

Piolo, who is sometimes called PJ by his close friends, topbills the two-part indie film inspired by Ishmael Bernal's 1980 film Manila by Night and Lino Brocka's 1979 film Jaguar. It is divided into a "Day" and "Night" episode directed by Raya Martin and Adolfo Alix, Jr., respectively.


MANILA AT CANNES. In a previous interview, Piolo Pascual recalled the second time that he walked on the red carpet in Cannes, France. He previously attended the 2005 Cannes IFF when his films Dekada '70 and Milan were exhibited in the New Cinema of the World section.

How was Piolo's experience in Cannes?

He pointed out that being invited to Cannes was a big milestone for him.

He later added: "The moment I got the recognition from Cannes, we were invited I said to myself, that in itself is enough recognition, that in itself is a victory. So, nakita ko pa lang ‘yung poster nung Manila na may leaves, nakita ko palang na naimbita kami sa Cannes, okay na ‘ko. I mean you know, kung saan nga hahantung yun kung saan... I mean to the point nga na hanggang ngayon non stop. Sabi ‘ko nga, ‘Cannes lang and Toronto okay na kami' tas we got eight invitations already so that in itself is a success already. Siguro secondary na lang yung kumita."


PJ AS A PRODUCER. Piolo revealed that it was difficult being a star and a producer at the same time so in his next production, he just wants to focus on one job instead of juggling both duties.

After co-producing Manila, Piolo also stands as a producer of the film Kimmy Dora, directed by Joyce Bernal. It will have Eugene Domingo as the lead actress and she will have Dingdong Dantes and Zanjoe Marudo as her two leading men.


"Mahirap, mahirap mag-produce. But it's exciting because sa trabaho natin you want to grow as an artist."

Kimmy Dora is written by Chris Martinez, the director of the Cinemalaya entry 100.

Did he experience problems with the actors and actresses on the films he produced?

"So far, wala akong na-experience. I remember si Angelica Panganiban when she found out that I was producing Manila hindi siya nagpabayad. Hindi siya humingi ng ano.. No, she never gave me any trouble."

Angelica plays the girlfriend of Piolo in the "Day" segment of Manila.

Does Piolo want to be a director someday?

PEP (Philippine Entertainment Portal) was able to interview Direk Adolf and he described how Piolo was as a producer: "When he said "Yes" to the project and produced it along with Edgar Mangahas of MJM Productions, we never had a problem. Kapag na-ipresent na namin sa kanya ang lahat ng kailangan, he sees to it that he everything's available. Malaking bagay that he believes in the material."


Why did the filmmakers choose to show the film in black and white?

"We just wanted to emphasize I think the idea of the Day and Night episodes," explains Direk Adolf. "Also if its black and white, you tend to look beyond the surface and focus on the dilemma of the characters—as they journey through 'darkness' in the film. Yung part ni Lav naman is in color so I think it will be very interesting."

WHY EUGENE DOMINGO? When asked why he chose Eugene Domingo to be the star in his next film, PJ said, "I've always believed in her talent."

Did he consider choosing the comedy queen, Ms. Ai-Ai delas Alas, for the lead role?

When asked if Piolo will do a cameo in the film, he merely flashed his winning smile and refused to answer.

Synopsis: Piolo Pascual portrays two characters in a split day/night story that exposes the seedy underbelly of the city as he grapples with the darkness around him. In between, Lav Diaz is shooting a romantic film titled City of Love with Iza Calzado and Jon Avila.