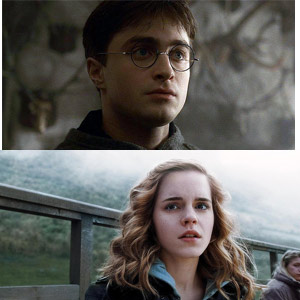 Daniel Radcliffe and Emma Watson cast a spell on Philippine moviegoers as the latest installment of the franchise, Harry Potter and the Half-Blood Prince, grossed P157.59 million as of July 26, 2009.

MANILA, July 27—There's no stopping Harry Potter from waving his magic wand at the Philippine box-office! The formidable film franchise has now crossed the P1-billion milestone (P1, 012,396,258 to be exact) as the series' sixth installment, Harry Potter and the Half-Blood Prince grossed P157.59 million as of July 26, 2009 or after only 12 days of release. This was announced by Francis Soliven, general manager of Warner Bros. (F.E.), Inc. which distributed the film locally.


The Harry Potter franchise becomes the first movie series to collectively breach the P1-billion ceiling in gross sales in the Philippines, besting other blockbuster franchises like Spider-Man, Star Wars, The Lord of the Rings, Pirates of the Caribbean and James Bond.


"This is another major accomplishment for the Harry Potter franchise and Warner Bros.," said Soliven. "The public's fascination with Harry, Ron and Hermione and their magical adventures is unprecedented and will continue to endure for ages to come. We're pleased and proud to have been instrumental in bringing the world of Harry Potter to the people."


The franchise comes to its conclusion with Harry Potter and the Deathly Hallows Parts 1 & 2 to be released in 2010 and 2011, respectively.


In Harry Potter and the Half-Blood Prince, Harry (Daniel Radcliffe) suspects that new dangers may lie within Hogwarts, but Dumbledore (Michael Gambon) is more intent upon preparing him for the final battle that he knows is fast approaching. He needs Harry to help him uncover a vital key to unlocking Voldemort's defenses-critical information known only to Hogwarts' former Potions Professor, Horace Slughorn (Jim Broadbent).


As romance blossoms around him, Harry remains aloof with far more important matters on his mind. He is determined to make his mark, albeit a dark one. Love is in the air, but tragedy lies ahead and Hogwarts may never be the same again.


Still playing across the Philippines, Harry Potter and the Half-Blood Prince is distributed by Warner Bros. Pictures, a Warner Entertainment Company.