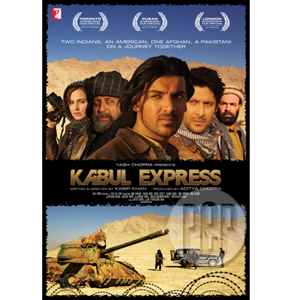 Kabul Express is a Bollywood movie that tells the story of two Indians, one American, one Afghan, and one Pakistani whose paths cross in the war-torn country of Afghanistan.

The University of the Philippines Film Institute is giving viewers the chance to watch foreign film for free this March. Synopses of selected films are as follows:

A first-generation Italian hoping to land a writing career and a blue-eyed blonde on his arm and a fiery Mexican beauty working as a barmaid and longing to rise above her station by marrying a wealthy American are transfixed by Depression-era Los Angeles-the city of first and last resort where all dreams are supposed to come true.

For mature viewing with some sexuality, nudity and language

Two Indian journalists on a hunt for a breakthrough story in strife-torn Afghanistan cross path with an Afghan guide, a lady photographer from the United States and a Taliban militant who takes them all hostage.

Up by the Road by Marjan Ashrafizadeh

2 p.m. The Actor by Mohsen Makhmalbaf

7 p.m. The Father by Majid Majidi

2 p.m. The Peddler by Mohsen Makhmalbaf

5 p.m. The Cyclist by Mohsen Makhmalbaf

7 p.m. The Color of Paradise by Majid Majidi