Indie film workshop to be offered at UP Film Institute 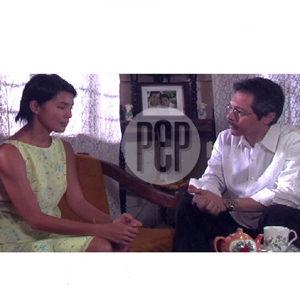 With the rise of independent filmmaking, the UP Film Institute in Diliman, Quezon City, is offering a three-day workshop to be facilitated by Cynthia Cruz-Paz. She was production manager of Eddie Romero's digital film Faces of Love starring Angel Aquino (left) and Christopher de Leon.

The University of the Philippines Film Institute (UPFI) invites you to join any or all of its 2007 Multimedia Workshop offerings—a series of short-term, specialized courses on the power of images and the various aspects of film and audiovisual production.

One of the workshops to be offered this summer is:

The Indie Film Production Managementworkshop examines the role of the production manager in an independent film production. It emphasizes both theoretical and practical matters involved in a production's logistical management, including script breakdown and analysis, scheduling workflow, budgeting, and acquisition of personnel and facilities. Exercises lead to a hands-on understanding of the actual producing and managing of a digital movie.

The workshop facilitator, Cynthia Cruz-Paz, is the managing director of Blue Red Pictures. She is a production manager, line producer, executive producer, segment producer, and director for documentaries, digital movies, and other audiovisual productions. Some of her recent works as production manager include Eddie Romero's Faces of Love, Paolo Villaluna & Ellen Ramos's Ilusyon, Jon Red's Boso and Astig, as well as GMA-7's Walang Bakas.

Venue: UP Film Institute Videotheque (at the back of Cine Adarna), Diliman, Quezon City