Racial drama Crossing Over will open on Sept 16 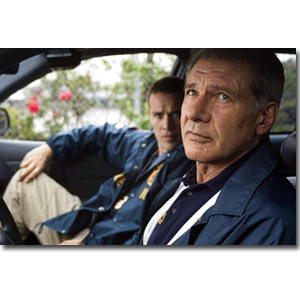 Topbilled by Harrison Ford, the racial drama Crossing Over will be screened exclusively at Trinoma, Glorietta 4 and Greenbelt 3 starting September 16.

Immigrants from around the world enter Los Angeles every day, with hopeful visions of a better life, but little notion of what that life may cost. Their desperate scenarios test the humanity of immigration enforcement officers. In The Weinstein Company's new searing drama Crossing Over, writer-director Wayne Kramer explores the allure of the American Dream, and the reality that immigrants find—and create—in 21st century L.A.

"The U.S. offers hope—but that often comes at a price. Many can earn citizenship legally through a lengthy bureaucratic process, but others find themselves out of luck in a country where virtually anything can be bought," explains Kramer. "Sex, violence and betrayal become their currency. Some wait in line for permission to enter the U.S. while others take matters into their own hands."

Each has a different struggle: a single mother deported without her child; a high school girl whose provocative essay draws FBI attention; an actress who willingly prostitutes herself to earn her green card; a struggling musician trying to build a career while working his day job; and finally, a Korean teen caught between two worlds while his family is desperate to naturalize.

In his review in The New York Observer, veteran critic Rex Reed praises Crossing Over:

"Wayne Kramer threads the pieces together, making valid points about the tragedies and triumphs of the U.S. immigration agencies that tie up the lives of desperate people in a never-ending tangle of red tape. And he gets uniformly terrific performances from a fine cast playing pawns in the game of sex, violence and betrayal that diminishes the noble tradition of naturalized citizenship."