Adela will have a weeklong run in New York's MoMA 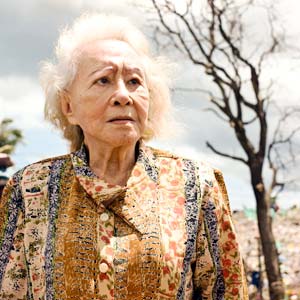 Adela, which stars Anita Linda (in photo), will be screened from October 14-19 at the Museum of Modern Art in New York.

Adela, starring Anita Linda, will be screened from October 14-19 as part of the ContemporAsian series of the Museum of Modern Art in New York. The MoMA is considered to be the most influential museum of modern art in the world. This Adolfo Alix, Jr. film was previously screened in various film festivals around including Toronto, Pusan, Rotterdam and Moscow.

MoMA's ContemporAsian series showcases one contemporary Asian film per month with a weeklong engagement, allowing audiences the rare chance to enjoy films not in wide distribution and to experience the diversity and richness of Asian cinema in its many forms. It is organized by Jytte Jensen, Curator, Department of Film, The Museum of Modern Art, and William Phuan, independent curator.

In the monthly exhibition ContemporAsian, MoMA showcases films that get little exposure outside of their home countries or on the international festival circuit, but which engage the various styles, histories, and changes in Asian cinema. The films in the series include recent independent films and little-seen classics.


SYNOPSIS. To celebrate her eightieth birthday, Adela (Anita Linda) wants nothing more than a meal with her children and family. But as the widow goes about her day preparing and shopping—often stopping to help out her fellow slum-dwellers—the interminable wait for the celebration starts to seem futile. In a stylistic break from today's characteristically energetic, fast-moving Filipino cinema, Alix trains his camera on veteran Filipino actress Linda in long takes, with profound and moving results. The film is a tribute both to the quiet dignity and indomitable spirit of its titular character, and to the actress whose compelling, poignant performance inflects every scene.