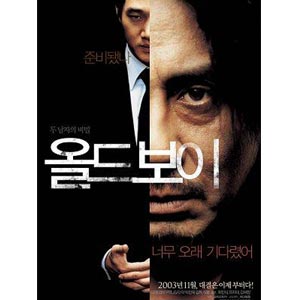 In 1950, 7,000 Filipinos were sent to South Korea to aid in its fight against North Korea. And even though the war already ended in 1955, close ties are still visible between the two nations.

"There really are great opportunities between the two countries," said Kiejoo Kim, Counsellor for the Korean Embassy in the Philippines. "We are mutually complementary. We are key partners as we fought the war together."

PEP talked with Kim last Thursday, September 17, for the press screening of Oldboy. This was the opening film for the upcoming Korean Film Festival that will be held in Shangri-La Plaza Cineplex Cinema 3. He said this complementability paved way for the citizens of the two countries to have same similar values in society.

This is the reason, he explained, why Korean forms of entertainment are crossing over successfully to the Philippine mainstream. In the past few years, Pinoys worldwide had enjoyed watching Korean telenovelas, like Autumn in My Heart, A Rosy Life, Jewel in the Palace, Full House, Attic Cat, and Stairway to Heaven.

This so-called "Korean invasion" made the Korean embassy decide to include in its celebratory program this year a film festival that will showcase the Korean way of life.

"The films can show the life of the people, the nation, the country to other countries in a very condensed way," Kim shared. "You can just enjoy two hours of watching a movie, and even though you do not take the whole bite of the cake, when you enjoy just a small piece, you can imagine, you can appreciate the whole piece."

Hit Korean films on top of hit Korean dramas and songs? Why not?

"As you are enjoying koreanovela, there is 100% sure reason that you can enjoy Korean films," he concluded.

THE FILMS. Oldboy, winner of the Grand Prix in the 2004 Cannes International Film Festival, leads the roster of seven films showcased in the Korean Film Festival. Directed by Park Chan-wook, one of Korea's most prestigious and internationally-acclaimed directors, Oldboy tells of the story of Oh Dae-soo, a man who has been imprisoned for 15 years without him knowing why. He is released, only to find out that his kidnapper is not done with him yet. (R18)

Barking Dogs Never Bite, on the other hand, is a satirical film about a lazy university lecturer who depends on his pregnant wife's salary yet wonders how he can bribe his way to professorship. The constant yapping of a dog in their apartment block finally gets to him, and he sets out to find it with the intention to murder it. (R13)

Reaping numerous honors from different award-giving bodies (6 in total) from 2005 to 2007, Sa-Kwa is a romantic drama that tells the story of Hyeon-jeong, who is unexpectedly dumped by her boyfriend of 7 years. She vows to find a new suitor to replace him as soon as possible, as her biological clock keeps ticking away. She ends up falling in love with the most unlikely man at the same time that her ex-boyfriend tries to win her back. (R13)

Dong-ha and Song-hwa are the main characters in the film Beyond the Years. They are siblings who were adopted separately by singer Yu-Bong. Dong-ha falls in love with Song-hwa, but decides that the relationship would not work and eventually leaves home. Still, he never really stops loving his sister, and everything he does ultimately traces back to her. (PG13)

The Show Must Go On is a dramatic film that revolves around the life of gangster In-gu, who dreams of nothing but moving his family out of their crowded apartment into a more spacious home. His wife tells him to find a more respectable job. His daughter will not acknowledge him so he begins the challenge of finding a means to provide for his family. (R13)

The Korean Film Festival will run from September 23 to 29 at Shangri-La Plaza Cineplex Cinema 3. Free admission.