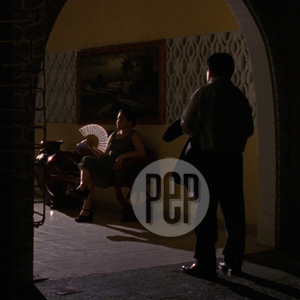 This short film, written and directed by Debbie Formoso, was shot entirely in the Philippines particularly in Quezon City and Tanuan, Batangas.

Out of 2,300 short film submissions received for the Tribeca film festival this year, 62 have been selected for competition, and will be presented in 10 separate thematically related programs. Filipino film student Debbie Formoso's thesis film Nagpapanggap (Pretend) was chosen to be part of this prestigious film fest.

According to the official website (www.tribecafilmfestival.org), this short film will be screened under the category Ulterior Motives—a group of emotional short films about trust, betrayal, and the complexity of relationships. Other entries in this category include films from Australia, the United States and the United Kingdom.

Set against the turbulent backdrop of a country on the edge of rebellion, Nagpapanggap is the story of one woman's struggle to preserve her own sense of self as her husband's political power escalates. This short film stars Thelma Sugay, Abe Pagtama, and Kristine Sabella.

Nagpapanggap has already won for Direk Debbie the best screenplay award at the Loyola Marymount University School of Film and Television's Film Outside the Frame Festival.

The Tribeca film festival was founded in 2002 by Robert De Niro, Jane Rosenthal, and Craig Hatkoff after the 9-11 attacks on the World Trade Center to help economically and culturally revitalize Lower Manhattan through an annual celebration of film, music, and culture. The sixth annual Tribeca film festival will run from April 25th to May 6th, 2007.