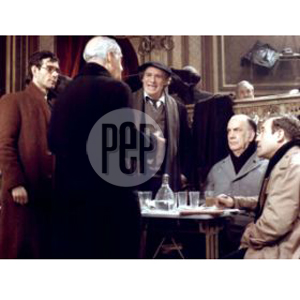 Similar to the novel of the same title from Camilo Jose Cela, La Colmena is a sad composition with the stories of many people in the Madrid of 1942.

It is not easy to adapt a literary work into film, but sometimes the motion picture makes true justice to the original written work. In line with this, Instituto Cervantes invites moviegoers to enjoy four literary classics on the big screen.

Film Cycle, with the collaboration of Filmoteca AECI, presents four full-length films this April under the theme "Great Books on Screen."

All the films are in Spanish with English subtitles.

Two distant worlds, of the rich and the poor are related through two characters; Manolo Reyes, vulgar thief of motorcycles who aspires to leave the hard life, and Teresa Serrat, university student of the upper-class who is seduced by the revolutionary cause.

Based on the novel of the same title by Camilo José Cela, La Colmena is a heart wrenching compilation of stories of people in the Madrid of 1942, just after the Spanish Civil War. The main theme of the film is the contrast between the poets, surviving close to misery under the Franco's regime, and the winners of the war, the emerging class of the people that makes easy money with illegal business. The film received the Golden Bear in the Berlin Film Festival.

Seven candidates compete for an executive position at a multinational company. Candidates are assembled to be put through the final selection process for a single high-level position at a multinational corporation. From the outset, there is a palpably tense, competitive atmosphere among the group. Feelings of distrust increase when they realize they are aspiring for the same position. They find themselves pitted against one another in a contest that elicits fear, suspicion, paranoia and betrayal.

The Peruvian army captain Pantaleón Pantoja, a very serious and efficient officer, is chosen by his superiors to set up a special service of 'visitors' to satisfy the sexual needs of the soldiers posted on remote jungle outposts. At first unhappy about this assignment, he nonetheless puts his remarkable organizational skills in action and in a short time has his 'unit' running smoothly. In the home front things get complicated though; his wife dislikes his long hours and the secrecy surrounding his work.