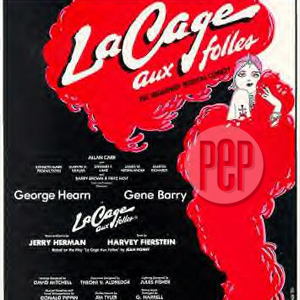 The core group of Pelikula@TitusBrandsma selects three films that correspond to a specific theme for each month. For the month of April, the chosen theme is Laughter, Still the Best Medicine...Nobody Wants to be Lonely!

This month's screening will be held on April 21, 2007 from 1 p.m. onwards at the Titus Brandsma Center in New Manila, Quezon City.

89 minutes. In Norwegian with English subtitles.

Elling (Per Christian Ellefsen) is a neurotic middle-aged man who has led an extremely sheltered life and is institutionalized after his mother's death triggers a nervous breakdown. Upon being discharged, he is given a flat in Oslo to share with his friend and fellow patient Kjell Bjarne (Sven Nordin), a food-loving would-be womanizer whose behavior

proves taxing to the fastidious Elling. When Kjell Bjarne decides to venture beyond the confines of their home, his infatuation with a lonely pregnant woman (Marit Pia Jacobsen) causes a rift between the two friends, prompting Elling to start forging social contacts and seek a calling of his own.

In Jerusalem's orthodox neighborhoods, it's Succoth, seven days celebrating life's essentials in a sukkot, a temporary shack of both deprivation and hospitality. A devout couple, Moshe and Mali, married nearly five years and childless, are broke and praying for a miracle. Suddenly, miracles abound: a friend finds Moshe a sukkot he says is abandoned, Moshe is the beneficiary of local charitable fundraising, and two escaped convicts arrive on Moshe and Mali's doorstep in time to be their ushpizin-their guests. The miracles then become trials. Rabbinical advice, absolution, an effort to avoid anger, and a 1000-shekel citron figure in Moshe's dark night of the soul.

87 mins. In French with English subtitles.

The film title is the name of a nightclub run by a pair of homosexuals, one of whom has a son who wants to marry the daughter of a high official. His parents—gay nightclub owner Renato and effeminate transvestite Zaza—must meet his pompous and conservative in-laws. For the sake of their son, the gay couple decide not only to act straight, but to pose as husband and wife! On the night of the party however, insanity reigns when "mom" and "dad" fail to adhere to the "straight" and narrow.