Milo Ventimiglia is the good cop in Armored 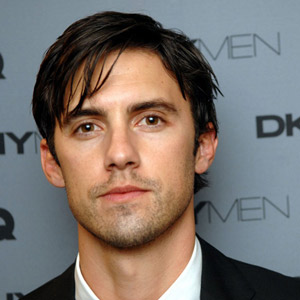 After his stint as Peter Petrelli in the hit TV show Heroes, Milo Ventimiglia will now play a police officer in the upcoming action-thriller Armored.

In the film, a crew of armored truck guards executes a meticulously planned robbery of their own security firm, but when their seemingly foolproof plan unravels, the men turn against each other as they desperately try to save themselves. Armored also stars Matt Dillon (Crash), Jean Reno (The Da Vinci Code), Laurence Fishburne (The Matrix), Amaury Nolasco (TV's Prison Break), Skeet Ulrich (TV's Jericho) and Columbus Short (Stomp the Yard).

"I originally saw the Eckhart character as someone a little bit older," says director Nimrod Antal. "But when Milo showed up, he was 'The Cop.' His concentration and his level of commitment were constantly there. He was always engaged and curious as to what was going on. It was great to see someone who has had as much success as Milo and still loves the process of filmmaking as much as he does."

Screenwriter James Simpson had also envisioned a more mature actor in the role, but agreed that Ventimiglia brought something essential to the table. "The character of Eckhart is like the conscience," he says. "With Milo on board, I liked the way the story went."

Ventimiglia describes himself as a huge fan of his castmates. "They are amazing actors," he says. "Then when I showed up to the set and they're just as excited to be part of the group, it was amazing. We were hanging out with the guys making a guy movie with guns and blood, and it was a great time."

He recently starred in MGM's Pathology, opposite Alyssa Milano, made an appearance in the Lionsgate thriller Game, and played Sylvester Stallone's son in the sixth installment of the Rocky series, Rocky Balboa. His other film credits include the independent film The Chaos Theory, Wes Craven/Kevin Williamson thriller Cursed, Stay Alive and Dirty Deeds. Additionally, he starred in the short films Nice Guys Finish Last and Must Be the Music, which debuted at the 1996 Sundance Film Festival to rave reviews.

In July 2008 Ventimiglia visited the Middle East on a ten-day, three-country USO tour and spent time meeting with the servicemen and women of the armed forces and made his second USO trip to Germany and Turkey in November 2009. Ventimiglia is also involved with the Iraq and Afghanistan Veterans of America organization (IAVA) which supports veterans who need help when they return home from the war.