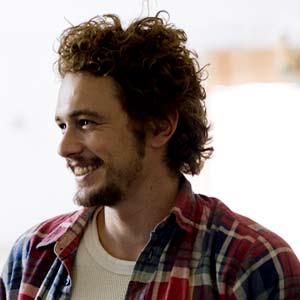 James Franco (of Spiderman fame) is cast as a drug dealer named Taste in the upcoming comedy flick Date Night.

Date Night follows the misadventures of the Fosters couple played by Fey and Carell in their one-of-a-kind date night that went upside down—way upside down. The Fosters have their weekly "date night"—an attempt at re-experiencing the spice of the dates of yesteryear, involving the same weekly night out at a local tavern. Exhausted from their jobs and kids, their dates rarely end in fore—or any other kind of play, let alone romance.

In an attempt to take date night off auto-pilot, and hopefully inject a little spice into their lives, Phil decides a change of plans is in order: take Claire into Manhattan to the city's hottest new restaurant. The Fosters, however, don't have reservations. Hoping to be seated sometime before the clock strikes twelve, they steal a no-show couple's reservations. Phil and Claire are now the Tripplehorns.

The real Tripplehorns, however, it turns out, are a thieving couple who are being hunted down by a pair of corrupt cops for having stolen property from some very dangerous people. Forced on the run before they've even finished their risotto, Phil and Claire soon realize that their play-date-for-parents has gone hilariously awry, as they embark on a wild and dangerous series of crazy adventures to save their lives...and their marriage.

Portraying the "real" Tripplehorns—a drug dealer named Taste and his wacky stripper girlfriend, Whippit—are James Franco and model-turned actress Mila Kunis. Despite their different life circumstances, the pair has much in common with the Fosters, being in the same spot in their relationship as their clean-cut counterparts.


Notes screenwriter Josh Klausner: "Whether you're a drug dealer or a suburban husband, you still feel the pangs of 'You never look at me the way you used to' and 'You don't have time for me.' What the two couples are going through is exactly the same," making the exchanges between the two couples both hilarious and poignant at the same time.

Kunis describes the pair as "very passionate—when they're angry, they're very angry, and when they're happy, they're madly in love." Whippit, specifically, she describes as a "psycho, who is very up and down. She goes through three different emotions within two and a half script pages."

The name "Taste," Franco says, is left over from an earlier concept of the character—a 6 ft. 7 in. bald man with "TASTE" tattooed on his forehead. "So when they asked me to be in the movie, I said, 'Well, I'm certainly not that.'" The character's description was then rewritten, but the name stuck. "I was up for facial tattoos, too," Franco says with a laugh. "We just went for the cheesy 'Grim Reaper.'"

Rated PG-13 by the MTRCB, Date Night is a couples' day out cinema treat on April 9 from 20th Century Fox to be distributed by Warner Bros.