Freddy Krueger returns for A Nightmare on Elm Street 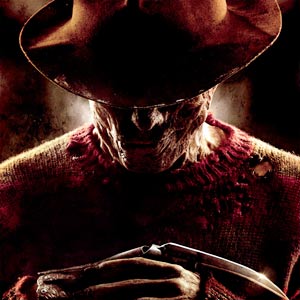 In A Nightmare on Elm Street, the disfigured killer Freddy Krueger is back to haunt suburban teenagers in their dreams.

Freddy Krueger returns in New Line Cinema's A Nightmare on Elm Street, a contemporary re-imagining of the horror classic.

In the film, a group of suburban teenagers share one common bond: they are all being stalked by Freddy Krueger, a horribly disfigured killer who hunts them in their dreams. As long as they stay awake, they can protect one another...but when they sleep, there is no escape.

Samuel Bayer is directing A Nightmare on Elm Street from a screenplay by Wesley Strick (Cape Fear, Wolf) and Eric Heisserer. The film is produced by Platinum Dunes' Michael Bay, Andrew Form and Brad Fuller, whose company has enjoyed success with a number of re-imagined horror franchises, including Friday the 13th, The Texas Chainsaw Massacre, and The Amityville Horror. The executive producers are Bob Shaye, Michael Lynne, and Mike Drake. The co-producer is John Rickard.

Opening soon across the Philippines, A Nightmare on Elm Street, is presented by Warner Bros. Pictures in association with New Line Cinema.