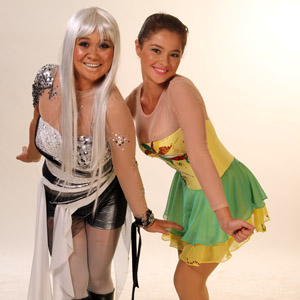 It's not unusual to expect much from Mamarazzi, this being the 50th anniversary presentation of Regal Films—one of the country's top film studios with a history of producing some of Philippine cinema's classics. And Mamarazzi is undeniably a Eugene Domingo movie.

Coming from the twin successes of previous Eugene Domingo starrers, the well-loved Kimmy Dora: Kambal sa Kiyeme and Here Comes the Bride , this comedy directed by the multi-awarded Joel Lamangan has double tough acts to follow.

The title Mamarazzi pertains to Violy (Eugene Domingo), the mother of triplets Dingdong (AJ Perez), Peachy and Strawberry (both Andi Eigenmann). She's a loving mother and works hard in her funeraria business. Violy finds it hard, though, to connect with her only son and to look after her two daughters, especially when they begin demanding to know the identity of their father—a secret being kept by Violy and her gay best friend Mandy (John "Sweet" Lapus).

Looks like a serious premise, but the comedy lies in Violy's back story. She desperately needs to bear a child as soon as possible, so as not to die childless. Later, her attempt to explain how her children came to be proves to be a little more complicated than she expected.

With this dilemma going on, the movie is fast-paced. It does not linger on any scene, which is good news for Eugene Domingo fans who want to see the movie for the gags and the laughs. Every little scene is packed with humor, whether physical or language-driven. The movie may become too loud at times but it is typical of the Uge (Eugene's nickname) hilarity that her followers have known and loved her for.

Nonetheless, we all know that too much is not always too good. Mamarazzi intends to pack in as much as possible. The movie has too many overlapping, but not necessarily vital, storylines. And more notably, too many stars, which made it appear that some characters are just forced, or worse, useless. Proof is the list of showbiz newbies playing characters that can be taken out entirely, leaving a movie that's still whole.

Other stars are disappointingly underplayed, which is sad for the likes of Carla Abellana, whose lead-star status may be undermined by her almost bit role in the movie. There is an attempt to solidify her role but her drama-queen character is still weak and lacks relevance. Another possible loophole is Diether Ocampo's character who is completely unaware of the story's big revelation in the end, which he should have known right from the start.

But it is quite enjoyable to see Andi Eigenmann shine in another dual role, this time as the feisty smart girl and the timid underachiever. She shows signs of being comfortable acting on the big screen. Unfortunately, that cannot be said about AJ Perez who still seems to have problems with his command of the Tagalog language.

Eugene Domingo delivers a role that was apparently written with no less than her in mind. Although she may sometimes remind us of her characters in her previous films, she delivers her lines with her trademark punch, and pokes fun at herself, to the audience's delight.

John "Sweet" Lapus proves that he is above most gay actors who are included in movies as the token gay man for comic relief. He can hold his own against the overpowering Eugene, and when together, they can make everyone else appear like a bunch of amateurs.

There's not much to discuss about Mamarazzi's storyline (by Joel Lamangan and Ricky Lee, and script by Ricky and Chris Violago). It is not as fresh as Kimmy Dora and Here Comes the Bride . Why it's titled Mamarazzi is not even important; that's a move that could have been prompted by the need to include a Lady Gaga-esque musical number. The film runs like one extended gag show, hilarious but potentially forgettable.

That said, one thing's for sure, this movie is all about spontaneous laughter, and if that's what you're looking for, there's more than enough for everybody.

Mamarazzi will be screened in cinemas starting Wednesday, August 25.