Richard Quan will be part of Regal Films' White House 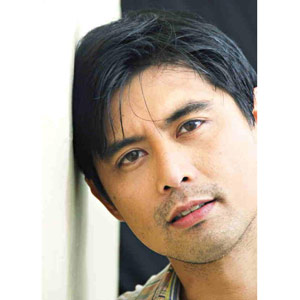 Character actor Richard Quan topbills the gay indie film Laruang Lalaki and he will be part of the horror film White House .

Richard Quan recalls that it has been seven years since his last photo shoot. "This pictorial hopefully will present who I am in a more laid back manner, and that in the end, the pictures here will be totally different from what I portray on TV, film and theater."

He continues, "So far, the pegs shown to me are worthy of note and I know that the outcome will be interesting. Looking at the rough shots, natutuwa naman ako sa mga nakikita ko and I wish that the people will appreciate them.."

Since his appearance in Saan Ka Man Naroon around sixteen years ago, opposite the former reel and real partners Richard Gomez and Dawn Zulueta, Richard has given life to all various characters. He has also the chance to work with mainstream and independent film directors, with major stars and promising fledglings.

"Giving life to interesting and complex characters, keeps me going. It does not matter whether the role assigned to me is big or small. All my heart, I pour into it. That is how passionate I am with my craft. For me, doing a new role and working a different set people, it's like going back to school again, there are always better things to discover and learn."

During the shoot, Quan talks about his current projects, "I'm working with Direk Topel Lee in White House. It's his latest horror film. This time, I will be acting with Iza Calzado and Gabby Concepcion," he says.


"What is exciting about being Nix is his physical transformation. He ages in the movie, from thirty to sixty years old. Initially, it was supposed to be a very short shoot. However, I think direk Topel was impressed with my characterization so he lengthened my shooting days and gave my character a riveting twist," reveals Quan. Produced by Regal Films, White House features reality show contestants who have to survive their stay in a haunted house for a huge amount of money. It will also star Maricar Reyes, Lovi Poe, Megan Young, Joem Bascon, Sarah Lahbati, and Janus del Prado.

"I have always wanted to work with him, that is why when this opportunity came, there were no second thoughts," he avers. "My first impression of his was parang suplado ito ah, but as the shoot progresses, he warmed up. He was very passionate about this film! Talagang tutok!"

Quan divulges, "We didn't discuss much on how to attack my character, he gave me the freedom to fully flesh it out and when I did it, after the take, he said, 'Richard that's it, yun na yun, eksakto.' As an actor when you hear that from your director, ang sarap sa pakiramdam!"

Another film that he finds very invigorating to do is Laruang Lalaki, which to him is probably the most daring project to date of Jay Altarejos, the director behind controversial pink movies such as Ang Lalaki sa Parola and Pink Halo-Halo.

He elaborates, "When shot the audition scene, all that direk Jay and I did was discuss how he envisions what's going to happen and then, shoot na agad! Walang script-script, and since I am the director, I was in control of every thing that was happening."

"Sobrang lupet ng character kong si Jake!" he exclaims. "Everything about the film is so realistic, captured ang lahat ng eksena. Also, the other male members of the cast had no qualms about nudity, ready silang lahat to go all the way, hubad kung hubad, hubo kung hubo!'

"The whole process that was employed in this film is so thrilling, and as an actor, with all your faculties opened and heightened and your creativity pushed, paano ka namang di gaganahan sa proyektong tulad nito."

Jay Altarejos' Laruang Lalaki is showing on October 4 in selected digital cinemas while Topel Lee's White House is on October 13, in theaters nationwide.