Allen Dizon to join U.S. tour of Dukot this September 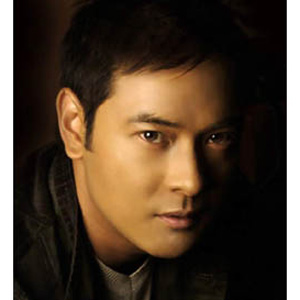 Dukot, an indie film starring Allen Dizon about political abductions, will be screened in California from September 17-25.

Allen Dizon is set to join the upcoming U.S.-wide tour of the 2009 Filipino film Dukot beginning September 17 in Los Angeles.

The former sexy actor in the Philippines now turned serious dramatic actor garnered the Gawad Tanglaw Best Actor award this year for his lead role as Junix Etrata, the young activist abducted and tortured along with his girlfriend (played by Iza Calzado) in Dukot.

His Gawad Tanglaw best actor from the academes & educators is his 4th acting award. He already won two best supporting actor for the film Twilight Dancers from 2007 FAMAS and Star Awards. Last year, he won FAMAS best actor award for the movie Paupahan.

Dukot made its world premiere last year at the Montreal International Film Festival. Courageously tackling the taboo subject of ongoing human rights abuses in the Philippines and directed by Joel Lamangan, Dukot faced heavy government censors before finally being released to selected theaters in the Philippines last year.

While touring with the film in Canada earlier this year, Dizon commented on how the experience about making a film about human rights abuses opened his eyes.

"Before rallies did not affect me and I did not care about what they were fighting for, but this film has changed my beliefs. I was enlightened by the truth," Allen stated in an earlier interview.

Allen, who plays an abductee in the film, also spent time with families of real-life victims of politically-motivated abductions in the Philippines while filming Dukot last year.

"This film is my contribution to the victims who are continuously still seeking justice," Dizon added. "This is my best film, one that I can be proud of to my family and children. It is a role of a lifetime."

Allen's latest film is Sigwa, which tackled activism in the First Quarter Storm in the Philippines. This was the entry of Joel Lamangan to the 2010 Cinemalaya Directors' Showcase category. Allen played a major role in the film as Dawn Zulueta's great love in the past. In the story, Allen is a deep penetration agent who falls in love with a Fil-Am journalist correspondent played by Megan Young (young Dawn Zulueta).


Soon, Allen Dizon will be starring in the indie film Deadline, which tackles media killings and warlordism in the Philippines. This time, he will play a Muslim who is also a highly principled local journalist.

The U.S. tour of Dukot is sponsored by several organizations concerned with human rights in the Philippines namely the First United Methodist Church of Los Angeles, lawyers groups such as the International Committee of the National Lawyers Guild, arts organizations such as Asian CineVision, and several Filipino-American organizations.

Schedule of screenings in Southern California: