Blake Lively trades glam for grime in The Town 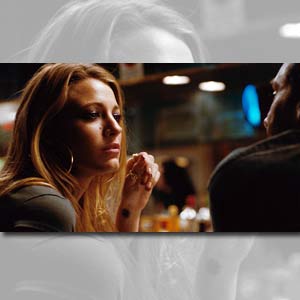 Blake Lively, who is best known as Serena in the hit TV series Gossip Girl, becomes a blue-collar working girl for the crime drama The Town.

From playing the socialite Serena in the hit series Gossip Girl, Blake Lively does a turnaround as she portrays the blue-collar working girl Krista, in Warner Bros.' U.S. No. 1 hit thriller The Town.

Indeed, Lively is interested in lives that are worlds apart from hers. "I love this character because of the challenge," she says. "She was written to be a 37-year-old, OxyContin-addicted, drug-muling mother from Boston. It was a character that they didn't want to read me for because I was 21 and had been acting for a few years but hadn't proven myself much."

In the film, Krista is the ex-childhood sweetheart of Ben Affleck's character, Doug--the de facto leader of a group of ruthless bank robbers who wants to leave town and turn a new leaf. "All Krista wants is for Doug to love her and take her away from there," Lively says. "She's grown up around these tough guys who are doing everything wrong, but they were her only role models. Now she's a single mom who does what she has to do to get by."

Lively adds that Krista's mix of street smarts and fragility was what drew her to the role. "She has layers of darkness and vulnerability and toughness and desperation. Krista could easily appear to be not very redeemable, but I was chomping at the bit to play her because I knew she could be portrayed in a way that made her a sympathetic character, and you could understand her behavior."

"When I met Blake," Affleck recalls, "I said, 'Here's something you don't hear much in Hollywood: we're really looking for someone older and less attractive,'" smiles the actor who also directs the film. "But she was incredible. She spent time with people in Charlestown and really invested herself in understanding the character and the depths to which Krista goes to survive."

"In many ways, Krista is her own worst enemy," Lively confirms. "And she's pretty good at dragging Doug down, too, without realizing that's what she's doing. When another woman comes into the picture, Krista isn't even aware of her, but she feels Doug pulling away and she's fighting against the waves so hard."

Blake Lively also spent time in Charlestown, picking up both the accent and the attitude of the Townie women. Contrary to the popular stereotype, it's not just about dropping your Rs. "It's fairly nuanced, so the accent can be pretty hard to get," Affleck says. Nevertheless, he recommended that his cast to do more listening than learning, so to speak.

"I spent some time hanging out with them," Lively relates, "but instead of asking questions or trying to imitate their accent, I ended up just being silent and taking it in. I realized that if I was talking, I wouldn't be listening. I also watched how they connect with one another and how their speech changes, depending on who they're talking to. It was interesting to watch how some of them balanced their sexuality with being tough, like, 'Don't mess with me.'"

Lively will next be seen in the much-anticipated action adventure Green Lantern, in which she stars opposite Ryan Reynolds under the direction of Martin Campbell. The film is slated to open in June 2011.

Opening across the Philippines on October 6, The Town is distributed by Warner Bros. Pictures, a Warner Bros. Entertainment Company.