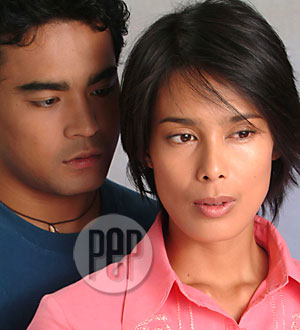 The heart-tugging film shot in Donsol, Sorsogon, features the story of breast cancer patient Teresa (Angel Aquino) and the Butanding Interaction Officer Daniel (Sid Lucero). Originally written and produced for Cinemalaya 2006, Donsol features the parallelisms between the two characters' love story and the migration patterns of the whale sharks. Locally known as butanding, whale sharks are migratory animals that visit the turquoise waters of this province from November to May.

Donsol is the debut film of director Adolfo Alix, Jr. (who also penned the screenplays of Mga Munting Tinig, Homecoming, and D'Anothers). Funded by a seed grant of P500,000 from Cinemalaya organizers and private contributions, the director and his staff shot the film in time for the Butanding festival last April 29-30.

Angel's moving performance as a recuperating breast cancer patient was even lauded by the jurors of the second Asian Marine Film Festival. The jury, composed of international personalities, compared Angel with Hollywood actress Ingrid Bergman of Casablanca fame.

To prepare for his role as a Butanding Interaction Officer, Sid took Bicolano lessons and trained with actual BIOs in order to learn the basics of tour handling and swimming with the whale sharks.