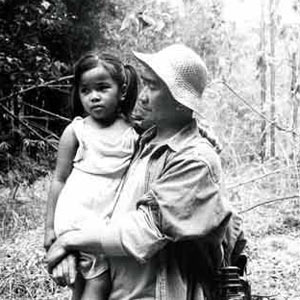 In last year's edition of Cinemalaya, the short film Wag Kang Titingin was chosen as Best Film "for its very striking story about a girl's attempt beyond death and destruction to maintain for her younger sister a semblance of peace and order amid so much violence and conflict that seems the lot of today's Filipinos."

"Ten finalists were selected from a total of 69 qualified entries for the Short Feature Category of the 2011 Cinemalaya Independent Film Festival and Competition.

"The ten best short features will be screened during the Cinemalaya Independent Film Festival and Competition on July 15-24, 2011 at the Cultural Center of the Philippines. The winner of the Short Feature Category will receive a prize of P100,000 and the Balanghai trophy during the Cinemalaya Awards Night on 24 July 2011 at the CCP Tanghalang Nicanor Abelardo (CCP Main Theater).

"It is an all-digital film festival and competition that aims to discover, encourage and honor cinematic works of Filipino filmmakers that boldly articulate and freely interpret the Filipino experience with fresh insight and artistic integrity.


"This year's Cinemalaya will feature a new focus on Asian films that will offer new independent works by Asian/ASEAN directors. Other sections of the Cinemalaya are NETPAC, Ani, Kids Treats and Midnight Specials. Cinemalaya also will feature the Cinemalaya Film Congress and other film related events such as the Sine Taktakan, fora and lectures, and exhibits.


NETPAC COMPETITION. Filmmakers are also encouraged to join the 2011 Cinemalaya NETPAC Competition. The special Cinemalaya Netpac Award is given to new independent digital works that will premiere at the 7th edition of Cinemalaya.

"NETPAC or Network for the Promotion of Asian Cinema is a worldwide organization of more than thirty member countries and is composed of critics, filmmakers, festival organizers and curators, distributors and exhibitors as well as film educators.

"Established in 1990, NETPAC has become the leading platform for the discovery and promotion of Asian Cinema.

"The Cinemalaya NETPAC Award gives more incentives for Filipino filmmakers to submit good films for this section, said Nestor O. Jardin, Cinemalaya Festival Director. "The quality of films in the Cinemalaya NETPAC Philippine premiere section, has steadily improved since we started the section. This year we hope to get even better films, We expect the content to be varied and like other Cinemalaya films, we choose them according to their boldness of spirit and their compelling narrative on the Filipino experience," Jardin added.


"Filmmakers who would like to participate in the Cinemalaya NETPAC competition should email CCP Media Arts Division at ourdailyplanet@yahoo.com or send a note to the CCP Media Arts Office at the 4th Floor, CCP Main Building, CCP Complex, Pasay City and provide the following information: Title of film, brief synopsis of film, listing of main cast, listing of main production team, 2-3 production stills, curriculum vitae highlights, and a 2 x 2 recent photo. Filmmakers must submit their screener in DVD format not later than May 13, 2011 to the CCP Media Arts office.

"For more information, please call CCP Media Arts Division at tel. no. 832-1125 local 1702/05 or visit the CCP website at www.culturalcenter.gov.ph and the Cinemalaya Facebook page."