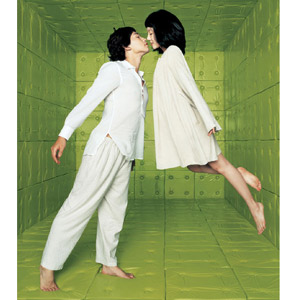 This year's edition of Cinemanila will feature a portion called "ASEAN Cinema Focus" and will take place at the SM Mall of Asia and other selected SM theatres. The opening film of the festival is I'm a Cyborg But That's OK.

The official line-up will include Thailand's The Dorm, Alone, and Syndromes and a Century; and Malaysia's Village People Radio Show and Love Conquers All. A special Garin Nugroho Retrospective will screen several of the Indonesian filmmaker's works, including Opera Jawa, the winner of the Silver Screen Award in this year's Singapore International Film Festival, and Leaf on a Pillow, winner of the Lino Brocka Award in the first CIFF in 1999.

As part of its competition highlights, the Film Festival will give an award to the Best ASEAN Film of the year. A cash prize of PhP250,000 will be presented to the award winner. The Best ASEAN Short Film will be similarly honored; the winner will receive a prize of PhP50,000.

These competitions and awards are made possible by the joint efforts of the Film Development Council of the Philippines (FDCP), the National Commission for Culture and the Arts (NCCA), and Cinemanila.

Seeking to promote the identity of ASEAN cinema, CIFF will also be launching the SEAWAVE project this year. Some of the most prominent filmmakers of the region will each contribute three-to-five-minute films revolving around the theme of "A Journey." The project will culminate in the production of a 90-minute feature from the contributions, to be previewed during the festival.

The 9th Cinemanila International Film Festival will run from August 8 to 19 at the SM Mall of Asia and other selected SM theaters. The CIFF is organized jointly by the Independent Cinema Association of the Philippines (ICAP), the Film Development Council of the Philippines (FDCP), the National Commission for Culture and the Arts (NCCA), SM Cinemas, and a specially commissioned inter-agency committee.

For more information, you may refer to the official CIFF website or contact the Cinemanila Secretariat through its email address cinemanila@gmail.com.