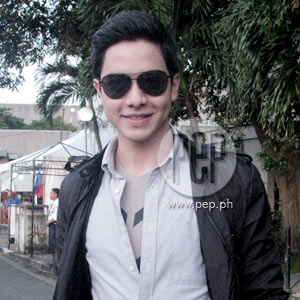 Instead of feeling pressured, Alden Richards is more appreciative of the trust being given to him by film producers who chose him to star in their respective projects. The 18-year old actor is set to star in Tween Academy Class of 2012, The Road and the MMFF entry Panday 2.

Alden confirmed this to PEP.ph (Philippine Entertainment Portal) when we interviewed him last August 4 at the Manila Bay harbor after his dinner cruise date with FHM Magazine's Sexiest Woman of 2011 Sam Pinto. (CLICK HERE to read related story)

Alden said that Aljur had to be relieved from the movie because he has previous commitments abroad that are in conflict with his shooting schedules for Panday 2.

THE ROAD. Aside from Panday 2, Alden is also set to star in the horror flick The Road by director Yam Laranas.

Laranas's previous project, Sigaw, starring Iza Calzado, made a breakthrough in Philippine cinema as it was picked up by Hollywood film producers and reinterpreted into The Echo starring Jesse Bradford.

Does Alden expect The Road to become a hit in Hollywood as well?

"In my opinion po, Tween Academy is like the beacon, the start of trending the tween-themed movies back to cinemas," says Alden.

"Parang there would be understanding between the mga estudyante na they feel inferior to themselves na na-o-ostracize sila sa school because they're not popular and stuff.