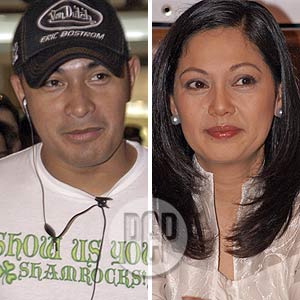 In this modern day and age, the Filipino value of bayanihan (spirit of communal unity and cooperation) is a trait that is highly esteemed among volunteers of the advocacy group Gawad Kalinga. The term bayanihan is a Filipino word derived from the word bayan meaning town, nation, or community in general.

History tells us that us that when Filipinos long ago needed to transfer to a new place, they put bamboo poles underneath the nipa hut while able-bodied neighbors carried the entire house to the new location. All this is done in a happy and festive mood. At the end of the day, the moving family expresses their gratitude by hosting a small fiesta for everyone.

Houses nowadays are no longer as transient but the idea of assisting our fellow neighbors during their time of need is still intact.

The concept of Gawad Kalinga is fully explained in the three-part movie Paraiso: Tatlong Kwento ng Pag-asa. Gawad Kalinga, more popularly known as GK, is a non-government organization launched in 2001 that cares for the survivors of natural disasters, provides decent homes, and helps improve the quality of life of the poor.

All of these heartwarming episodes are based on the true-to-life stories of GK volunteers. The first episode, "Umiyak Man ang Langit (Even If Heaven Cries)" tells the experience of Jocelyn Llorente (played by Maricel Soriano) who lost her loved ones in the mudslides of Liloan, Southern Leyte. Jun Lana directed the episode, which was produced by Tony Tuviera.

The Diamond Star shines in her portrayal of a grieving mother who seems unable to cope with the tragedy. It is a chilling look at how quickly a disaster can take away our loved ones and how quickly Mother Nature can exact its revenge on humans who abuse the land. The landslide scene is quite realistic and just might give people nightmares about being buried alive in thick layers of mud.

In the second episode, "Ang Kapatid Kong si Elvis (My Brother Elvis)," Pepe (Gian Bernabe) and his rock-chewing "adopted" brother, Elvis (Paulken Bustillo) go on a journey looking for adventure. In the course of their trip, they discover that brotherhood is forged not by blood ties but by being concerned for each other's welfare.

The cartoon-like rendition of the characters and the colorful set design makes this episode a visual treat. Joel Ruiz of Arkeo films directed the episode, which was produced by Butch Jimenez.

The last episode "Marie" tells the touching true story of Rudy Abad (played by Cesar Montano) who lost his wife in the September 11, 2001 World Trade Center terrorist attack and later builds the Marie Rose Abad Gawad Kalinga Village in her honor. Ricky Davao directed the episode, which was produced by Tony Gloria.

The tragic tale of Marie Rose (played by Lexi Schulze) will tug at the heartstrings of viewers who know of people like her who perished in the 9-11 tragedy. However, watching Cesar speak in halting English is quite a distraction during this episode. Under the able direction of Ricky, the TV actor-director manages to make the viewers empathize with his pain of losing a loved one.

Like the acts of bayanihan in the past, the movie ends with a festive atmosphere when actors playing as residents of Baseco, Tondo, thank Rudy (Cesar) for his invaluable contribution to the community.

Volunteerism gets a big boost from Paraiso: Tatlong Kwento ng Pag-asa, especially when you know that the actors and actresses themselves sacrificed their time and effort to make a film worth watching.