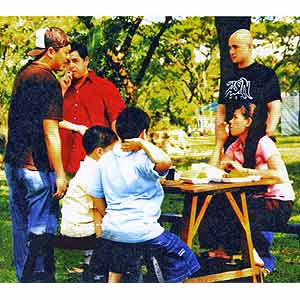 Redd Ochoa's full-length film Baliw/Crazy has been accepted in the 31st Montreal World Film Festival to be held from August 23 to September 3.

This is the text message sent to PEP earlier today, July 11:

"Redd Ochoa's Baliw just got accepted at this year's World Film Festival in Montreal, Canada, to be held on August 23 to September 3. According to festival programmers, so far, it is the only film entry that's been selected from the Philippine submissions to the 2007 World Film Festival.

"Baliw will be screened and competing against entries from the U.S., Canada, Europe, Asia, and Oceania."

When PEP talked with the director, he mentioned that his film will "definitely head over to Montreal, but not sure yet about the stars."

Redd also told PEP that he plans to go to Toronto on August 21 before heading to Montreal and staying there for the duration of the festival. "I'm very happy. It's gonna be a tough competition. [Baliw will be part of] the focus on world cinema category wherein independent films from all over the world will compete. Siguro ina-accept lang nila 30-40 films from all over the world. I can't wait to get to Montreal. I'm happy as long as I can represent the Philippines," says Redd.

Redd's film will be screened simultaneously with a special tribute to
legendary actor Mr. Jon Voight, who will receive a Special Grand Prix of the Americas for lifetime achievement.

Baliw/Crazy is written, produced, and directed by Redd Ochoa. The movie was first screened in the country last May in IndieSine, Robinsons Galleria. Created in a span of 17 days of shooting, almost a month of pre-production and another month in post-production, this indie film was based on violent news that is regularly televised in Manila.

Ryan Eigenmann plays the role of Angelo, an orphan who turns into a serial killer. Despite the efforts of rehabilitation, psychological turmoil still haunts and prevents him from living a peaceful and ordinary life. Faced with this reality, Angelo searches for a way to exorcise his personal demons. In the end, he gets his just reward when he crosses paths with a demon that he himself created.