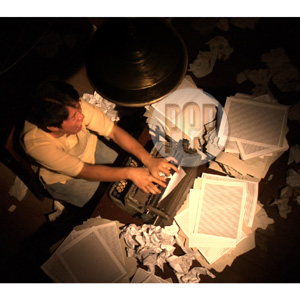 The title QWERTY comes from the first six letters on a typewriter or computer keyboard. This typewriter is crucial in the plot of the five-minute film written and directed by Paolo Dy.

One of the films to be screened is QWERTY, a Filipino short film that competed in the first round of the Steven Spielberg/Mark Burnett reality filmmaking competition On The Lot.

Written, directed and shot by Paolo Dy, QWERTY is a suspense-thriller. A mentally-afflicted young man is accused of murdering his longtime benefactor. The truth about what really happened lies in his mad obsession with his supposed victim's old typewriter, on which he types relentlessly, day and night.

Other digital short films to be shown are: The Revolution Will Not Be Televised by Kim Bartley & Donnacha O'Briain; Bunker-O by JP Carpio; Dancing Wounded Is by Waise Azimi; Angels on the Street by Mayk Juat; Iceland by Claudia Skaert; Literature by Khavn dela Cruz; Pedxing by Roel Cornejo; Salat & Tawid gutom by John Torres; and Rights, a 30-second film on human rights.

This Eksena Productions presentation will be hosted by improv-comedy act Sasi Casas and Hector Macaso.

Tickets, which can be bought at the venue, are priced at Php100 (with one beer).