PEP REVIEW: No Other Woman depicts the pitfalls of succumbing to temptation 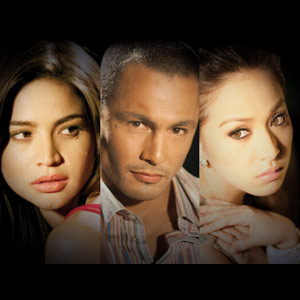 A film with a storyline of a husband cheating on his wife is formulaic, particularly for Filipino viewers used to romantic dramas that come complete with scathing repartees and frightful catfights.

No Other Woman is a tale of a man's journey towards building a career and a family that he can competently provide for, but along the way, his ambition and reputation are tarnished by a single adulterous act.

The film shows how a man fails in the face of temptaion, and how yielding to it can take away everything he has deemed important in his life.

As a cautionary tale, No Other Woman succeeds. At a time when imperfect relationships abound, being reminded that every willful act has its consequences has its place.

But it is to the credit of the director that the film does not rant and rave against extramarital affairs. Instead, the film makes the audience comprehend how and why a man is led to cheat and deceive his wife.

The film does not crucify the husband and the mistress. Rather, it presents them whole—as beautiful, enthralling, provocative human beings who also fall prey to each other's emotional and physical inadequacies.

The film sets the meeting between the dashing furniture salesman Ram Escaler (Derek Ramsay) and the drop-dead gorgeous resort heiress Kara Zalderiaga (Anne Curtis) at a time when Ram is going through a rough phase. While he is at the top of his game in his career, Ram is undermined by a father-in-law who distrusts his abilities and refuses to recognize his efforts to raise a strong family.


To complicate matters, Ram has his inner demons, brought about by his estrangement from his father—the very person he strives not to emulate.

Although his wife Charmaine Escaler (Cristine Reyes) is a doting, responsible, trophy wife who is there for him, Ram is drawn to the headstrong, carefree Kara, whom he crosses paths with during a transaction. His business is to supply furniture to the wealthy Zalderiagas's beach resort. While it was instant attraction for Ram and Kara, Ram initially ignores Kara's charms. He even admits that he is married. But Kara, the carefree soul, retorts: "No consequences. A woman only becomes a mistress 'pag may emotional attachment."

Eventually, Ram gives in. He and Kara engage in torrid casual sex, which becomes Ram's convenient escape from his predicaments. The trouble escalates when their affair develops into an impassioned relationship.

Ram finds that he loves Kara more. He finds that loving her and being loved back in return is effortless and natural. A moving scene is when Ram gives Kara a special gift: a bed he personally designed.

Before this, Kara had explained to Ram that she didn't need a bigger bed because that would only magnify her solitude. He had told her, "A bed is personal...you sleep together, you come home to it."

The film hits the right lines for a modern audience. The latter can relate with the passion, pain, envy, and resentment that fill the dialogues and scenes.

The day comes when Charmaine discovers that Ram is having an affair. The scene is a high point in the film.

But it doesn't end there.

Another theme that No Other Woman plays up is that of obsession. Anne Curtis's character embodies that. At the outset, she swears off love and toys with the men whocome her way. She is thus taught a painful lesson: the only person she ever learned to love is "unfortunately married!"

To add to Anne's troubles, the character Cristine plays may be good-natured and gentle, but when she unleashes the warrior inside her, she is ferocious.

In No Other Woman, not one of the women comes off as a victim. Neither is stigmatized by the man who cheats them. Instead they come off as empowered beings who confront their battles and fight for their relationships. They endure. They take the pain of loving until their hearts can bear no more.

As the film draws to a close, the scenes turn even more riveting. The characters of Cristine and Anne face off in a series of intense confrontations that can leave the weak of heart limp.

A poignant scene finds Cristine, after a major brawl with Anne (where both of them are in skimpy bikinis), confronts Ram to ask the inevitable question: "Why?" Here, the wife takes centerstage and the husband wilts.

No Other Woman is introspective. It makes the audience ponder the very concept of love as an emotion. Is love something that just gives pleasure? Is the joy it gives enough reason to pursue it beyond all reason?

At the end of the film, the message is clear: Know your limits. Know where you stand. When matters get out of hand, know how to recoup.