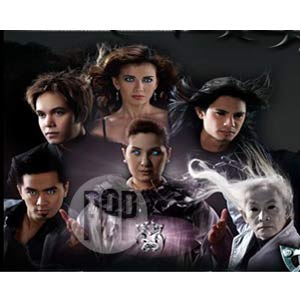 It has long been debated whether there is life outside planet Earth. With such a vast universe consisting of innumerable planets and stars, how can it be possible that only humans have evolved to inhabit this blue planet?

From the fertile imagination of director Sean Lim comes a whole new alien world that is replete with power struggles and extraordinary individuals—the triple-star system of Xenoa. This indie film, which shares the same name as the mythical planet, had its premiere last night, August 14, at SM Megamall.

In the movie, the ruler of Xenoa, Queen La'ian (Clem Poblete), gives birth to the heirs of her throne: Eli, Zeus, and Drix. She decides to protect her triplets from the scheming leader of rival world Zephyr, General Norak (Ronnie Martinez), by sending her children to faraway Earth.

Two decades later, the lives of the three estranged siblings intersect in the most unexpected way. Everything they know and love is suddenly threatened when General Norak zeroes in on them from light years away.

The spiteful alien wants unconditional, uncontested power over Xenoa, but he is unable to achieve this as long as the true heirs to the throne are still alive. He is so hellbent on ruling Xenoa that he doesn't think twice about turning sibling against sibling in his quest for power.

Isabel marks her return to showbiz with her portrayal of Eli, an orphan who must come to terms with her royal destiny. The former That's Entertainment star showcases her acting skills once again by playing a sister who tries desperately to win back her long-lost brother Drix, who like Darth Vader of Star Wars, has crossed over to the "dark side."

A different side of Paolo is seen in Xenoa. In complete contrast to the effeminate characters that he usually plays, he delivers a convincing performance as Zeus, the ever-protective brother of Eli and caring boyfriend of Jane. He exudes confidence and authority, which makes his scenes one of the highlights of the film.

Fashion model-turned-actor Rafael plays the brooding, mysterious Drix who will turn against his siblings while under the influence of General Norak.

Not to be missed in Xenoa are the noteworthy special effects executed by Visual Camp. They use cutting-edge technology that can rival even those churned out by Hollywood producers. Even the American accents used by other cast members are so natural that you tend to forget that Xenoa is produced by an all-Filipino company, Xion Studios.

Apart from the exemplary acting and special effects, Xenoa stands out because of its highly creative story line. The 23-year old director Sean (whose birthday coincided with the premiere last night) is so intent on suspending the viewers' belief that he even created a special Xenoan language, which is conveniently translated for the audience in the movie's subtitles.

The mythology of Xenoa and its rival planet Zephyr is so fully formed that it wouldn't be surprising to have long-running spin-offs in the future, similar to the Star Wars series.

Watch the visually stunning effects of Xenoa from August 22-28 at all SM digital cinemas nationwide.