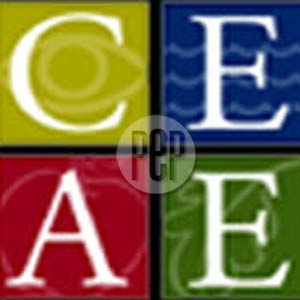 The Center for Environmental Awareness and Education (CEAE) sponsors the third edition of the Moonrise Film Festival that is ongoing at IndieSine, Robinsons Galleria, until August 21, 2007.

The third annual Moonrise Film Festival takes place at IndieSine, Robinsons Galleria, until August 21. This cultural and environmental film festival features nine documentaries competing for the Grand Charlie Award (Best Documentary), which has a grand prize of P100,000 plus a trophy.

Organized by the Center for Environmental Awareness and Education (CEAE), the Moonrise Film Fest aims to make the public aware of the issues surrounding the environment with the help of the film industry.

In 2005, just after making Children of the Mountains, the CEAE decided to embark on a pioneer project: the creation of the country's first ever environmental documentary film fest. By creating a venue, they hoped to encourage filmmakers to turn their cameras toward conservation and cultural issues.

The CEAE is a non-profit organization that promotes environmental awareness and education through documentary film making and teacher training, among others.

The Moonrise Film Festival was and continues to be a very important project for CEAE. The proliferation of film and media is a quick avenue for environmental education. The first festival attracted over 16 filmmakers and four major sponsors. Last year's participation doubled, and this year they are glad to say that more films on critical issues are being made thanks to Moonrise.

CEAE, in cooperation with the Independent Filmmaker's Cooperative, present a varied line-up of documentaries on the country's foremost cultural, environmental and social issues. Included in the roster is award-winning documentary Children of the Mountains.

The awards night will take place this Saturday, August 18 (8 p.m.). It will be held at the Cinema 8 of Robinsons Galleria.

The participating documentaries in the third edition of Moonrise Film Fest are:

Aramiden: A Glimpse of the City of Pines

What we know as the "City of Pines" has become a highly urbanized with the trappings of any modern-day metropolis, corrupting what once was a dearly unique culture and environment. This film is about the locals' continuing effort to save what is left of the glory of Baguio.

Bodong is about the traditional peace pact entered into by warring tribes in the Kalinga. This documentary seeks to encourage Cordillera people to forge a "Bodong" to fight destructive mining and intensified militarization in the region.

Where have all the monkeys gone?

Monkeys that used to abound in Kibungan, Benguet are gone, an indication of the pressures of population growth, disappearing forests, and hunting. Yet the making of clay monkeys masks in Kibungan gives an opportunity to remember the past while exploring the art and processes involved in using clay.

Our World in a Changing Climate

Our World in a Changing Climate is a short animated documentary about the accelerated global warming. A leaf, named Malki, travels the world and notices the unusual patterns and changes in the weather. During her travels, she meets a smart kid named Franco. Together they journey and talk to environment experts and advocates to understand what's going on with the environment.

This film documents a true tale told by a fisherman on the island of Naoway, Guimaras, about a syokoy. The film demystifies syokoy from a powerful evil being into an ordinary sea creature that is ready to defend the integrity and beauty of its natural habitat.

Lawa ng Bae tells the stories of the fishermen about the present and past problems of Laguna de Bay. This short documentary also reveals the richness and beauty of the dying lake.

Caubian: An Island Under Siege

An investigative video documentary on environmental and social awareness about Caubian Island on its practice of blast fishing, over-population, sanitation, livelihood, and the island's present and future.

Kalimed is a personal account of a young Kalinga native who has acquired a scholarship to study at the University of Makati .

Sa Ngalan ng Mina? is a film about how politicians "sell" the country's natural resources to big foreign mining companies.

Tickets are available for P100 for each screening.