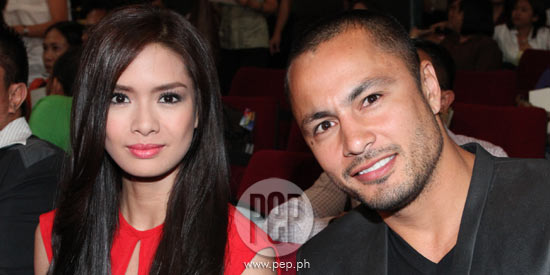 The strength of Corazon: Ang Unang Aswang lies in its visuals.

Corazon is directed by Richard Somes, who is known to be a proficient production designer, so it is no surprise that he nails the visuals of his newest movie for Star Cinema.

Corazon stars Erich Gonzales and Derek Ramsay, as a couple in 1946, living in a barrio where the first aswang will originate from. Ostracized by the villagers, Erich as Corazon gradually loses her sanity until she becomes a monster.

Somes's direction brings 1946 to life with period costumes and structures, and an atmosphere that evokes nostalgia. There's a poetic nature in each frame, achieved through the use of smoke, dust, and greenery.

The whole look captures the feeling one gets when living in a barrio: time seems to run slowly, and nothing seems to run sinister. This is why terror is doubled once an aswang finally roams the barrio.

It also helps that Derek and Erich were chosen to play the lead parts. Derek has a magnetic charm going for him that magnifies the charm of any frame he's in. Erich looks pretty even with her hair frazzled and make-up frayed. Her stills as an aswang look like editorial shoots for high-fashion magazines.

But one thing going against Corazon is that the storytelling is a bit messy. When Corazon curses God for a tragedy that befell her, it doesn't make a lot of sense since Corazon is not established to be religious.

It's also a shame that there are too many stories at work in Corazon. It's a titular role, and as such, only her story should have been the focus. Stories involving the owner of the hacienda, the crazy woman, and stories of the villagers should have been minimized to intensify the power of Corazon's plight.

The story of the crazy woman, for instance, could have been edited out because she was not mentioned again in the film's second half, even though her case seemed to have a lot of bearing to what happened to Corazon.

But then Tetchie Agbayani, who plays the crazy woman, played her character very well that she contributed a lot to the film's supernatural quality.