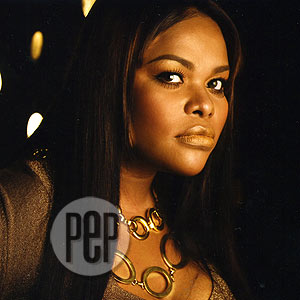 The country's first Philippine Idol is set to showcase her brand of soaring and soulful voice via her debut album, I Shine For You, under Sony-BMG Music Entertainment.

Even singer Mau Marcelo agrees with the words that were written in her press kit, which said that she "didn't fit the mold."

That phrase refers to the penchant of audiences to pick looks over talent.

"Ganyan po ang aking life story but I always keep on trying. Ganun lang naman po talaga dapat lagi," she humbly tells Philippine Entertainment Portal (PEP) during an interview last August 21 at the launching of her debut album, I Shine For You, under Sony-BMG Music Entertainment.

Her inspiring story is one tale that is worth telling over and over again. A simple girl from Lucena with undeniable talent, braving the odds and eventually clinching the distinction as the country's first Philippine Idol in 2006.

Now she scores another victory with her first record, which carries 11 tracks, all highlighting Mau's soaring, soulful voice.

The title track "I Shine For You" best describes Mau's struggles and is her way of saying thank you, as well, to all the people who believed and supported her throughout her journey.

I Shine For You boasts the Vehnee Saturno-penned ballad "Sino Ba Naman Ako"; "Labis Labis", "Try Love", "Keep On Tryin" and "Hangga't Kaya Ko Pa." Mau also interpreted the Ariel Rivera classic, "Minsan Lang Kitang Iibigin" and Mariah Carey's "Love Takes Time." There's also a remix version of the title track, but most notable is the inclusion of her Philippine Idol winning song, "On My Own."

Mau said that it's not in her nature to have expectations, as she believes that goals are attained through hard work, and then leaving everything to God. But she revealed that if she'll have the chance, she'd love to be a mainstay of a Sunday variety show to help bolster her career.

As the winner of Philippine Idol, Mau will represent the country in the Asian Idol singing tilt that will take place in Indonesia this November.