Spongecola is the first Filipino band to perform in the Beale Street Music Festival in Memphis, USA 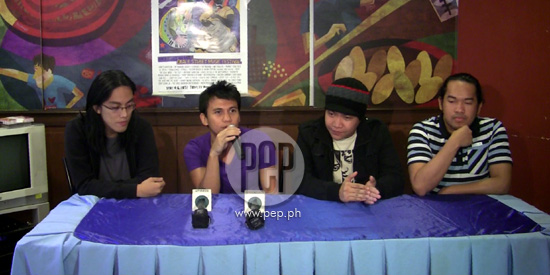 Spongecola will be the first Filipino band to join the Beale Street Music Festival to be held in Memphis, Tennessee.


This music festival will be part of the Memphis in May International Festival, which aims to bring cultural awareness by choosing one country to honor each year.

This year, the organizers will be honoring the Philippines.

The festival is also composed of several activities scheduled for the month of May. This includes the Beale Street Music Festival, which will be held from May 4-6, the World Championship Barbecue Cooking Contest on May 17 and May 19, the Sunset Symphony on May 26, as well as other cultural events.

The International Education Program and the "salute to the Philippines" will be the focus of the festival that will take place this May 2012.

Speaking on behalf of Spongecola, Yael Yuzon said, “This is one great opportunity to share the country and our music to other people.”

“We are extremely thrilled and thankful to have been given this chance,” he added.

Regarding their song line-up, Yael revealed: “We’re gonna play a mixture of English and Filipino songs.”

Yael believes that for music-loving foreigners who will attend the Beale Street Music Festival, the language used by the musicians will not be an issue.

“So it doesn’t really matter what language yung lyrics mo, as long as it’s from the heart and people feel it and people like it.”

Whether they will be playing more Tagalog songs will depend on the turnout of the Filipino community.

“We might play two cover songs for the Filipinos who haven’t…kasi it’s Memphis, I’m guessing a lot Filipinos there haven’t, like flown back in a while.”

As a tribute to the overseas Pinoys who haven’t been home for years, they will be singing some familiar songs.

“So we’re gonna play an Eraserheads song and an APO Hiking Society song.”

“Kasi we heard na, as soon as they announced that we were gonna play in Memphis, people started booking flights and buses to watch Memphis.”

For the Pinoys in Memphis, Tennessee and nearby areas, this is something to watch out for.