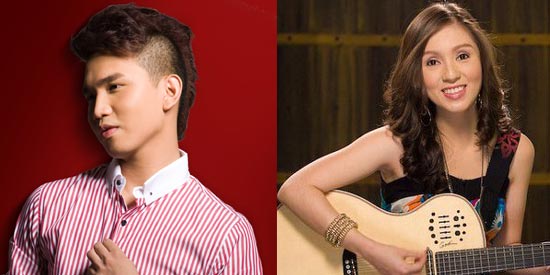 Three emerging Filipino artists—a singer-composer, a boy band, and an acoustic princess—were chosen to lead one of the biggest Filipino independence day celebrations in the island state of Singapore this June.

Myrus, Filipino boy band 1:43, and acoustic artist Princess Velasco will be performing their latest hits as well as covers of popular Original Pilipino Music (OPM) in a rare musical festival titled Philippines: One World Concert 2012. This will take place on June 10 at The Coliseum of the Hard Rock Hotel in Resorts World, Singapore.

“Our three banner talents namely Myrus, 1:43 and Princess Velasco represent the next wave of global Filipino artists. Their songs showcase how comparable OPM is to the music of the world,” says Singaporean director Jaden Zanders of Jaz-E Entertainment, the concert organizer.

The concert aims to attract the three artists’ growing fan base in Singapore—including the OFW (Overseas Filipino Workers) population—and in the rest of Southeast Asia.

“We expect a lot of Singaporeans to watch the show. We heard that there are even Malaysian and Indonesian fans that are flying here and buying tickets just to see them,” adds Zanders.

Myrus’ latest single “Pusong Lito” has gained a great deal of following online; it also became No. 1 in many radio stations in Greater Metro Manila, Cebu, Davao, Lucena, Cagayan de Oro, and Cotabato. The song’s rising popularity was aided by its initial release in over 450 Mang Inasal stores, as part of the Mang Inasal Mang Aawit Music Advocacy Campaign.

The OPM pop heartthrobs of 1:43, composed of Anjo Resurreccion, Gold Aquino, Kim Nicolas, and Yuki Sakamoto, have delivered the biggest love song of the season with their radio and YouTube monster hit song “Sa Isang Sulyap Mo.” The song is also a part of the Mang Inasal Mang Aawit Music Advocacy Campaign and was composed by Myrus.

“Sa Isang Sulyap Mo,” one of the soundtracks of Pinoy Big Brother Teen Edition 4 in ABS-CBN, has been topping the charts of most radio stations nationwide as well as in the Pinoy Myx Countdown. Its official music video and its reposts as well as lyrics videos have garnered over five million Youtube views so far. Likewise, it is one of the best-selling OPM songs online today according to mymusicstore.com.ph.

Meanwhile, Vicor Music’s Princess Velasco is one of the most popular acoustic artists today. With gold record albums under her name, she is a regular member of the group “Sessionistas” of ABS-CBN's Sunday variety show ASAP.

Filipino fans are encouraged to support these three emerging, Filipino artists as they showcase OPM to Asia and the world, in a concert that celebrates the Filipinos’ fervor for freedom and Filipino musical artistry.