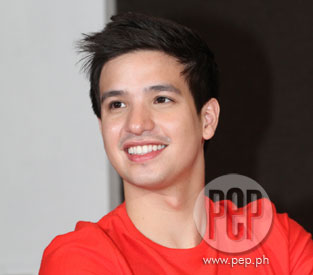 Markki Stroem (in photo) is now finalizing the “indie" album that he has been working on since March this year. Ten songs from the album are his own compositions while two are cover songs.

With his boy-next-door looks, Markki Stroem is the type of guy you would wish to sing you a love song.

Yet, love songs are not his type. Markki prefers to perform songs that speak of “dark,” political and deep messages.

Markki has been working on the said album since March this year. To date, the 12-track album does not have a title yet.

“So, purely songs na sinulat ko and may mga covers, a, ‘yong style is more on… kung si Elvis Presley is alive in this day and age, parang gano’n, pero darker, dark.

THE INSPIRATION. Unlike other singer-songwriters of his age, Markki does not get inspiration from his personal experiences when it comes to writing songs.

Most of the songs that he composed are based on “exaggerated" feelings, certain individuals, thought processes.

“Things that are happening in the world, na may na-meet akong tao na may concept, na may nangyari sa kanya, and parang kinukuha ko ‘yong mga nangyayari sa kanila, then I create it in a concept, in a song.”

As for the time consumed in writing and producing a song, it depends on how deep or how relatable the situation is.

He recalls that it even took him three months to finalize a single since he didn’t want to rush things.

“Minsan they take one year to create it, that’s why it works kasi it’s not sped up.”

When asked about the release date of his album, this 25-year-old singer-actor would say with a smile, “I need it to be perfect.

“I’m a perfectionist kasi. It needs to be… kahit it takes me three months, four months, five months, it needs to be perfect bago i-release.”