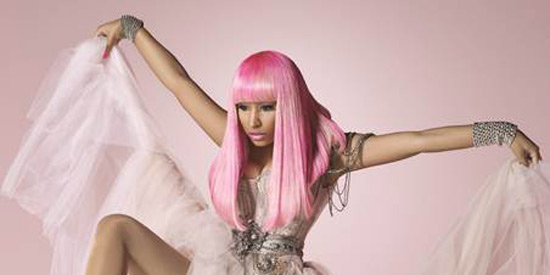 After her tremendous feat with "Super Bass," Nicki Minaj is out to prove she's not slowing down anytime soon with the release of her latest single "Starships."


The international rapper and songwriter is set to showcase her beloved hits at the SM Mall of Asia Arena this Wednesday, July 11, 2012. The Philippines is the only Southeast Asian leg of her Pink Friday tour.


The lyrics of "Starships" aptly describe this single’s success as it continues to soar high through the charts. Its lyrics go: "Starships were meant to fly /Hands up and touch the sky / Can't stop 'cause we're so high /Let's do this one more time."


"Starships" has broken through globally charting Top 20 at iTunes in over 40 countries and on its way to 5 million tracks sold. Her newest album, Pink Friday: Roman Reloaded, has also sold nearly 1.5 million albums worldwide.


For this album, Nicki worked with a variety of producers such as Hit-Boy, Dr. Luke, Ester Dean, Rico Beats, RedOne and Oak. She also collaborated with artists like Cam’ron & Rick Ross in “I Am Your Leader”, 2 Chainz in “Beez In the Trap”, Lil Wayne in “Roman Reloaded”, Nas, Drake & Young Jeezy in “Champion”, Chris Brown in “Right By My Side”, Bobby V in “Sex in the Lounge” and Beenie Man in “Gun Shot” plus the urban tunes “Roman Holiday”, “Come On a Cone”, “Hov Lane”, “Whip It”, “Automatic”, “Beautiful Sinner”, “Marilyn Monroe”, “Young Forever”, “Fire Burns”, “Stupid Hoe”, “Turn Me On”, “Va Va Voom”, “Masquerade” and the next official single, “Pound the Alarm”.

Nicki Minaj is a Trinidadian-born American rapper, singer, songwriter and voice actress. Her first album, Pink Friday, debuted in November 2010 where it peaked at number one on the U.S. Billboard 200 and is certified Gold in the Philippines. She became the first female solo artist to have seven singles on the Billboard Hot 100 at the same time.