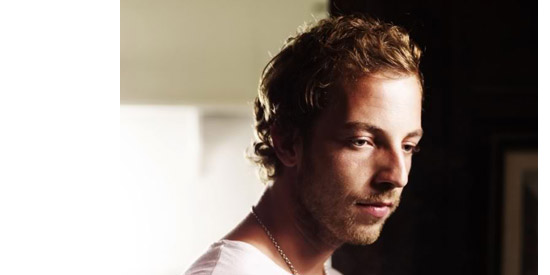 A special evening is in store for Filipinos as the award-winning English singer-songwriter and guitarist James Morrison performs live in Manila this October 9, 2012 at the Smart Araneta Coliseum.


The 28-year-old pop-soul crooner will be playing his first show in the Philippines as part of The Awakening World Tour, which is, so far, his last Asian stop in promoting his newest record, The Awakening.


Morrison achieved worldwide success in 2006 with the release of his debut single “You Give Me Something” under his first album, Undiscovered. The record debuted at the top of the U.K. Album Chart and sold millions of copies, making him the biggest-selling British male solo artist of the same year. The album, which features hit singles “Wonderful World” and “The Pieces Don’t Fit Anymore,” also won him a BRIT Award in 2007 for Best British Male Solo Artist.|


He released his second album, Songs for You, Truths for Me in 2008, which entered the U.K. Album Chart at number three. The singles from the album—“You Make It Real” and “Broken Strings,” a duet with Nelly Furtado—reached the Top 10 of the UK Singles Chart.


Morrison released his third album, The Awakening, in September 2011. As the title of his latest and, by far, his best album yet suggests, The Awakening is the sound of an artist coming of age. In his personal life, Morrison has become a father, while losing his own father after the latter’s long battle with alcoholism and depression. At the same time, Morrison has matured as a singer, songwriter, and musician, enabling him to channel all of that emotion into his most accomplished collection of songs yet. “My first two albums felt like practice shots,” says the British singer. “Now, I’ve graduated. In many ways this feels like my first proper album.”


Fortunately, The Awakening has turned out to be the album that James Morrison always had the potential to make—at last a worthy platform for his extraordinary singing voice. “This time I wasn’t worrying about success at all, that’s why it was really enjoyable. I didn’t feel I had to go for the big, loud notes all the time. I just sat back and sang how I felt and it all just came flooding out.”


The Awakening is a warm, live-sounding collection of classic, but contemporary folk-soul songs. There are soaring strings, uplifting harmonies, soulful ballads and, in “Slave to the Music,” a hand-clapping dance floor groover—a new string to his bow. There are nods to Motown, gospel, country, and a hint of Latin.


“To me, pop music is just great music that lasts for years,” says Morrison. “Though there is the other side of pop, which is where you have a hit, but then, after it comes out, it never gets heard again. I never wanted to make that sort of music.”


He worked with regular co-writers including Steve Robson, the man behind Take That’s “Shine,” Eg White (Duffy), Dan Wilson (Adele), as well as Toby Gad, best known for Beyoncé’s “If I Were a Boy.” Ten of the 12 songs are produced by Bernard Butler—the acclaimed former guitarist in Suede. Butler, who also played guitar on The Awakening and is hailed by Morrison as “the director of the album,” has forged an impressive studio-based career, producing the likes of The Libertines, Tricky and Duffy.


The song “Up,” a duet with Jessie J has “hit” written all over it. It is one of two songs produced by Mark Taylor, who helmed “Broken Strings.” Morrison’s strained relationship with his father, who died last year from heart failure after a protracted and painful battle with alcoholism, inspired the lyrics for “Up” and several other songs on the album.


The Awakening is full of raw emotion, but these are not “downer songs,” says Morrison. “Yes, some of it’s about dealing with shit, but it’s also about looking at yourself and what you’ve got around you, weighing stuff up to keep yourself thinking positively. I think a lot of people will be able to relate to that because that’s what life’s like, what relationships are like.”


Make sure to catch James Morrison as he serenades his Filipino fans with his very own brand of contemporary soul for the first time in the Philippines. Be uplifted as he performs his hits on October 9, 2012 at the Smart Araneta Coliseum.

The official website will also provide details on how avail of discounts for show tickets and how to purchase concert merchandise from previous and up coming shows.