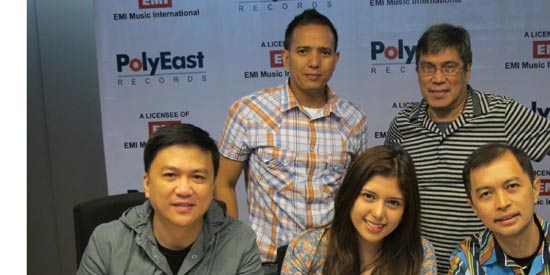 Former child actress Isabella de Leon, known to many as Duday in the GMA-7's now defunct sitcom Daddy Didodu, has recently signed up with Polyeast Records.


The singer will soon release her debut album tentatively called The Love Project. Her upcoming record features all-original music that showcases her talent in composing, her instrumental flair as well as her devout Christian faith. “I just really want to share my God-given talents to the world, and be a source of joy and inspiration,” Isabella was quoted as saying in a release provided by ALV Talent Circuit.

Onstage, Isabella is known for performing her acoustic guitar with rhythmic ferocity as her husky voice fuses elements of folk, rock, pop into her unique, signature sound.

She also acknowledges her dad as her biggest fan and critic, who also taught her to play guitar, bass, drums, piano and harmonica.

As an actress, she garnered a FAMAS Best Child Actress award for her role in Magnifico (2003). Isabella also appeared in a string of TV shows including Love to Love, Mulawin, Fantastikids, Mga Mata ni Anghelita, Nasaan Ka Eliza? and movies such as Bahay ni Lola, Super-B, Sanib, Padre de Pamilya, Litsonero and Soliloquy.