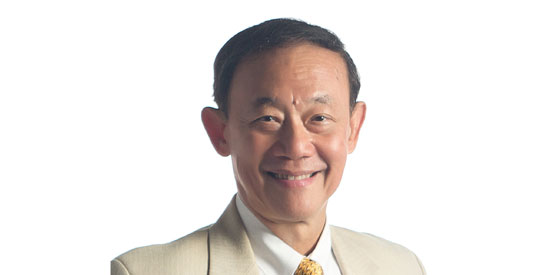 He described this second Christmas album as “special” for it took him several years to produce Going Home to Christmas.

Jose Mari Chan told PEP.ph (Philippine Entertainment Portal) and other entertainment press that “some of the songs were written twenty years ago, and most of them I wrote only in the last two to three years.”

“Why the long wait in producing this album?” was the biggest question that was posed to the singer during the album’s October 29 launch at Dulcinea in Tomas Morato, Quezon City.

He then narrated how he realized that writing Christmas songs is his “niche.”

With his trademark smile, Jose Mari Chan explained, “Well, most artists have only one Christmas album in their whole career.

“I mean, it’s difficult to come up with Christmas songs every year.

“What else can you say about Christmas? How else can you mention carols, and the bells, the elves and Santa Claus?

“Then they keep telling me that Christmas in Our Hearts is still the biggest selling album of all times in the Philippines.

“That tells me something: that this genre of music--Christmas music--doesn’t change.

“The pop song may change in years and years, but the Christmas genre, that melody is universal.

“And then sabi ko, that’s where my niche is, I should come out with a new Christmas album!”

He even played with numbers, making people realize that “there are 22 tracks in this album, 22 years after Christmas in Our Hearts.

“And this year is my forty-fifth year as a recording artist.”

Upon hearing this revelation, press people gave a round of applause for the singer-songwriter. This writer even overheard someone whisper, “And his music is still alive.”

THE ALBUM. Jose Mari Chan was very animated as he talked about his new album Going Home To Christmas.

He even pointed out that he didn’t use “going home for Christmas,” since it gives a different meaning from “going home to Christmas.”

He explained that Going Home To Christmas means going back home because of “Christmas,” which is “portrayed as a place, a state of mind.”

He takes pride in the fact that he worked on this twenty-two track album with the “best musical arrangers.”

In Jose Mari Chan’s words: “There’s a Christmas song for everyone in this album.

FOR OFWs. He later revealed that this album was inspired by Overseas Filipino Workers (OFWs).

Being a concert performer in a lot of countries, Jomari says he has already seen, heard and felt the struggles that OFWs have to deal with every day.

Witnessing how some of our kababayans become emotional while he sings "Christmas in Our Hearts," made him realize how hard it was for them to be away from home.

“I’ve said this to the audience in Australia,” he recalls. “I told them that I feel bad and at the same time I feel proud.

“I feel bad for the kababayans who have to leave the Philippines for better opportunities abroad. But I feel proud at the same time that because of them, the economy is growing by five percent.”

Jomari (Jose Mari Chan's monicker) cleared that there’s no rift between him and Universal Records, the recording company that has been handling his musical career for 27 years now.

He explained, “This project of mine is very special, that when I mentioned this to Universal, they thought that the business model has changed with piracy, with free downloading, music sharing that they felt that maybe they may not get their money back.”

He continued: “I’m not getting any younger.

“I had these Christmas songs prepared, I said, ‘I think it’s time!’ I was 45 years old when I recorded ‘Christmas in Our Hearts,’ and it’s my 45th year in recording— the two numbers match.”

COLLABORATING WITH HIS CHILDREN. Jomari proudly mentioned that he collaborated with a lot of people in this album.

But he’s most proud of the fact hat he performed some songs with his children: Liza Chan-Parpan, Jojo Chan, Michael Chan, and Franco Chan.

His daughter Marie Angelica was not able to collaborate with him and attend his album launch because she’s in Honolulu, Hawaii for her Master’s degree.

He performed a duet with his eldest child Liza in the song ‘Let Love be the Gift.’

This is not the first time they did a duet since Liza is the little girl who sang ‘Christmas in Our Hearts’ with Jomari back in the ‘90s.

The singer-songwriter relates to the entertainment press that, “when I wrote this song, I assigned one verse for each child.

“So it’s very personal, at the same time, it can touch people’s lives because we all have special Christmas moments that we remember all our lives.”

When the "Christmas Memories" song was played, Jomari listened with his eyes closed, as if remembering those “Christmas memories” he had with his children.

He proudly said, “All their musical talents came from me, the good looks came from my wife.”

He then shared an anecdote about the "musical genes" that have been given to his offspring. “People would ask me, ‘Jo, what is your secret that your musical genius, you passed on your children?’