Nyoy Volante on his Tuloy Pa Rin album: "I would like to think that I did a good job in interpreting the songs." 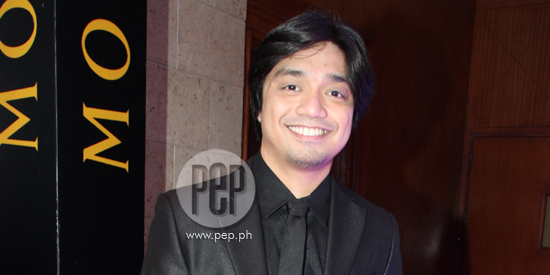 "It's a really nice album, if I do say so myself," Nyoy Volante said with a chuckle as he talked about his new album Tuloy Pa Rin under MCA Music.

But more than his opinion, he guaranteed that, "yung songs mismo, maganda na talaga sila.

So whether an orchestra renders it or a man on the street sings it, Nyoy explained, "Kapag marinig mo, you will sing along because these songs have been a part of us, have been with us."

Nyoy made a compelling case indeed on what sets this album apart as it competes against other Christmas releases in the market.

He pointed out, "The mere presence of the songs is reason enough, and I would like to think that I did a good job in interpreting the songs."

Alongside MCA, Nyoy made the selections of the songs because these are "kinalakihan ko, and now I have an opportunity of interpreting these songs in my own style. And these are really my favorites."

The former, he said, is a "relationship credo."

There are times when you want to think of a song for any given situation but you just can't seem to get it, "parang connected siya sa kanta pero di siya sakto dun sa talagang message na gusto mo ilagay. Kaya may songs for fighting, making up, loving, having patience, holding on..."

And like the talented songwriter that he is, Nyoy came up with "Pikit."

The different style can be attributed to the song being interrupted during its creation, "while I was on a flight to Dubai, I thought, gawin ko kaya 'eto, and I took my laptop and I added so many things: brass, strings."

These elements may be too radical for others, but he's proud of his work.

Tuloy Pa Rin is available under MCA Music in record stores and will be officially launched in January 2013.