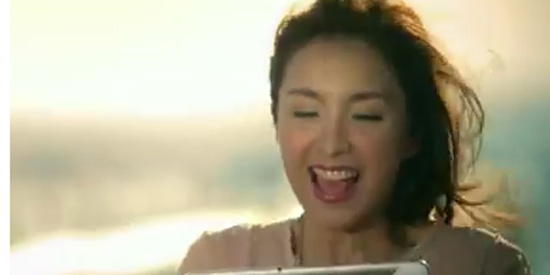 February 25, 2013—the 27th anniversary of EDSA People Power Revolution—was the perfect date to launch a new version of the OPM classic "Tayo'y Mga Pinoy." And it wasn't just any ordinary recreation, as Smart worked with four local rock icons to collaborate on this Heber Bartolome original in a very modern way.

The verdant green landscape of Chocolate Hills, the rustic architecture of Intramuros, the majestic summit of Mt. Mayon, and a breathtaking horizon looking out into the Pacific Ocean--all of these were used as backdrops for each of the singers. The idea of the music video is integrating the use of Smart Bro's fiber-powered network to showcase how the four singers could sing one song, "Tayo'y Mga Pinoy," together, even if they weren't physically together.

Barbie Almalbis, who shot her portion of the video set against the beautiful Pacific Ocean, reveals what it felt like to be included in this landmark collaboration, "really ano talaga, it was a big surprise for me. Honored talaga ako."

She recalls, "I really look up to these guys, since I was younger and starting out in the music scene." Barbie, who remembers having her first gig with the Eraserheads of which Ely Buendia was the frontman back when, now sings alongside Ely in their take of "Tayo'y Mga Pinoy."

"Before I was just listening to them, covering their songs...siyempre si Rico din, nung Rivermaya pa, I am a big fan of his songwriting," Barbie gushes proudly. Working on the video she says, "wasn't a workday, it was really amazing and a great experience."

The technology of Smart Bro's fiber-powered network allows for four times more power versus existing technology, thus ensuring that there will be no lags, breaks in signal, delays in transmission and instead, faster and speedier communication throughout the Philippines. Barbie says that this, along with the Internet, has allowed musicians to benefit, "it's a big part of my life now, not even just Internet but the shift to the digital world. Back then, tape recording lang, I still love that though, but now, I can record in my house. Ang daming pinadali."

She jokes that before, "sala sets, o shows lang, pero ngayon mas mabilis at madali na dahil sa Internet. We can do it from it anywhere."

Promoting has also been made easier with Internet connections, fast connection that is, and, "as a music band, kung ano gusto mo improve as a musician, kung gusto mo magrequest ng musical influences, available na lahat because of it. Pati na rin sa recording. We can collaborate now with anyone, anywhere in the world."

Noting that everything is swiftly moving to the digital platform, Barbie has boundaries in place to protect herself, "I try to stay true and be true to myself. I don't really post a lot on Twitter because I feel that it is out of character for me, feeling ko pag ginawa ko yun, parang marketing ginagawa ko. I just try to be myself, whatever I really wanna share. I try to make it as true as I can. Kakapagod kung gagawin ko siya na parang trabaho."

Getting her music out is something the Internet has provided for Barbie and many musicians, and she says, "yung mga songs, when I post, I try to make it na pinipili din, di naman ako labas ng kahit ano na lang. Gusto ko maganda na rin pag nilabas na."

With easy downloading and accessibility also comes the issue of piracy and how easy it is to get something for free, illegally, with the advancements in technology. Barbie looks at it this way, "matagal na akong musician. When it comes to earning, before kasi, even before piracy, the musician earns from gigs, from my experience." This is not to discount the presence of the album, but she says the main purpose of the album "is to get their music out, for the fans to enjoy our music and get them to watch our gigs. Basta tuloy tuloy lang yung support sa gigs. May pros and cons din, e, pero now, mas madali na makinig ng music, because of the Internet."

She acknowledges that with the Internet helping in spreading their music, and whether some individuals have employed piracy to do so, "dati kung sino lang makapunta sa gig, or makapunta sa record store, sila lang makakarinig ng music mo. Ngayon, kahit sino na, maging available siya. I guess you cannot go backwards na. We just try to move forward, adapt and find other ways to use it to our advantage and towards something positive."

Now that she has finally experienced the four of them working together (the February 25, 2013 gathering was the first time all four came together physically for Smart Bro), Barbie is cooking up ways and songs where she can work with the other three again. "On a personal level, aside from for Smart, when we see each other sa gig, we would talk about collaborating. Everytime naman, pag nagkikita, nagtutulungan kami how to improve our craft," she says.