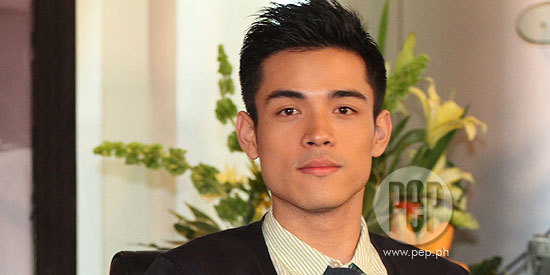 Before he became an actor, Xian was known to his family and friends as someone who can play several musical instruments.

The 23-year-old celebrity gives credit to his mom, who influenced him to become interested in music.

At a press conference prepared for him by Avon recently, Xian told the media about the start of his musical inclination.

“That’s how it started: sa piano.

“Playing piano was the foundation.”

The singer-actor also mentioned the extra-curricular activities he used to do in school.

“Sa States, when you go to school, you have one elective, it’s either photography yearbook. Meron ding band and it’s all free.

“When I was there, I studied different instruments na rin.

“But all basics. I wouldn’t say na sobrang pang-concert.”

Some of the instruments that Xian can play are the piano, guitar, ukulele, and keytar.

As of now, Xian says he’s trying to learn how to play the harmonica.

NEXT ALBUM. Aside from playing musical instruments, Xian also sings and he is able to compose songs.

This was one of the reasons why he was given the opportunity to release his own album titled So It’s You in 2012.

The five-track album reached Gold status in that same year.

Because of his busy schedule for teleseryes and endorsements, Xian put aside his career in music for a while.

He said, however, that he’s planning to revive it this year by releasing another album.

“Masusundan siya this year!” he excitedly told the media.

“So many things going on but this year for sure.

“The challenge is it’s gonna be all-original, the music is mine, lahat.”

Right now, Xian is just waiting for the opportunity to launch it.

He also assured that it would be released this year because his songs, according to Xian, are "almost done.