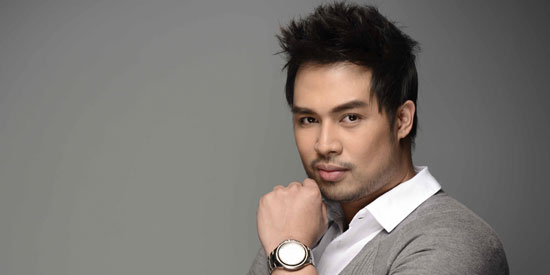 Jed Madela discovers more about himself as he moves to a new recording label.

As a new recording artist of Star Records, Jed experienced having his written song being included in his new music album titled All Original.


For almost nine years, Jed was a recording artist of Universal Records before he signed up with Star Records in 2012.

During his stay, he was able to release six solo albums and was included in a few compilation albums.

When asked about his relationship with former record label, he told PEP, "You know, they gave me a lot of exposure and a lot of boost din. I’m really thankful naman sa Universal.

"But sometimes, we really have to move on to another playing field para makita natin kung ano pa ang pwede nating gawin."

ALL ORIGINAL. The 32-year-old singer is not really a newbie in writing songs, but “Tanging Ikaw” marks the first time that Jed had his work officially recorded and included in an album.

Because of this experience, Jed said he got more inspired to produce more songs.

DIFFERENT JED. The ASAP mainstay also said in this new album, listeners will hear a different Jed Madela, who is known for hitting high notes in his previous music albums.

He gives credit to his producer and one of the composers in the album: Jonathan Manalo.

Jed hopes to create a signature song from the items included in All Original.

He stated, “One thing na talagang inaasam-asam ko for the longest time, to have an all-original album.

“So, with Star Records, they gave me this project, a very risky project.

“It’s all originals, never heard by anybody.”