Avicii will bring his electronic music to Manila on May 15 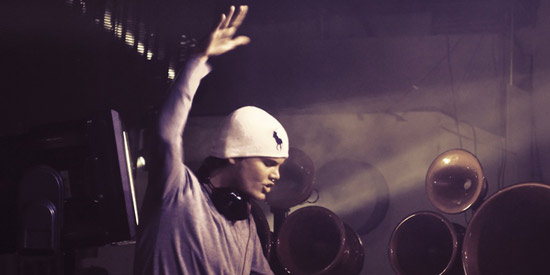 Tim Bergling has definitely come a long way. From his humble beginnings as a bedroom DJ, to his current status as Avicii, an international DJ, record producer, and remixer, the 23-year-old performer has accomplished so much.

In 2012, the Swedish DJ was ranked as the world’s No. 3 DJ, according to DJ Magazine. He is famous for hits such as “Fade Into Darkness,” “LE7ELS,” “Seek Bromance,” “Silhouettes,” and “I Could Be The One.”Avicii has also headlined world-renowned electronic music festivals such as Coachella, Lollapalooza, Tomorrowland, Electric Daisy Carnival, Creamfields, and Stereosonic.

He co-produced the song “LE7ELS” with David Guetta, which earned for them a Grammy nomination in the Best Dance Recording category.

Filipinos will get the chance to enjoy electronic dance music provided by Avicii when he performs at the SM Mall of Asia Arena on May 15, 2013.


Here are some fun facts that you may not know about the popular DJ:

He started making music in his own bedroom.

Avicii simply experimented with music in his own bedroom at the age of 8, and kept creating tracks and mixes that were highly appreciated by his friends. His talent did not go unnoticed, and he was soon approached by producers, labels, and agencies who discovered his mixes.

Avicii draws inspiration from all kinds of music, being exposed at an early age to Kiss, ‘60s rock, Sebastian Ingrosso, Laidback Luke, Daft Punk, and Axwell.

His stage name has religious overtones.

Before Avicii, there was Tim Bergling. Tim wanted to expand his fan base by creating a MySpace account, but then discovered that all the usernames were taken, including his own name. He then looked around for a suitable name, and upon the suggestion of his friend, derived the word “Avicii” from Buddhism, meaning the lowest level of Buddhist hell.

He is a clothing line endorser.

Among his many collaborations (which include partnerships with David Guetta, Bob Sinclair, Madonna, and Tiësto), Avicii has added breaking into the fashion industry to his numerous achievements. He was chosen by Ralph Lauren Denim & Supply to be the face of their Fall 2012 Collection, wherein he co-produced the campaign video.

On May 15, 2013, Manila will be able to experience Avicii – LIVE at the SM Mall of Asia Arena as Globe Tattoo brings AVICII Live in Manila. Tickets are now available at www.smtickets.com. For VIP Tables, you may call 0917-550-8888. For updates, visit Republiq and AVICII Live in Manila on Facebook.