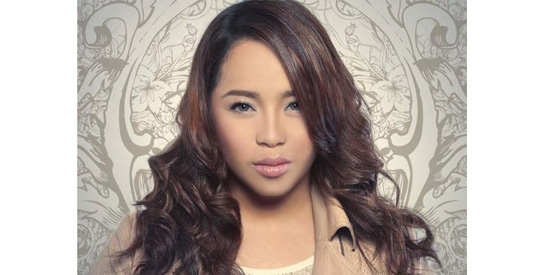 Formerly known as the "Random Girl" on YouTube, Zendee Rose Tenerefe is gaining a name for herself in the music scene.


However, Zendee’s growing popularity comes with a price: intrigues.

The girl from General Santos City defends herself against negative rumors about her.

"Hindi naman po ako nagbabago," said Zendee during her April 30 album launch held at Chef & Brewer Café in Ortigas. She reacted to reports saying that she has become "mayabang" because of fame.

Part of being mature in her chosen career is being aware that in this industry, she cannot please everybody.

There have been negative reports about Zendee because she allegedly did not show up to tape an episode of Manny Many Prizes.

In response to this allegation, Zendee clarified that she and her management team talked with the staff of the GMA-7 show beforehand to tell them that she could not go to the taping. She admits, "Nalungkot po ako na ganon po yung naging labas, na parang hindi ako sumipot kasi in the first place, alam naman po nila na may press con ako that day."

Despite the negative feedback about her, Zendee is optimistic that she will be able to fulfill her dreams of making it big in the music scene.

When asked if she has plans of signing a contract with any TV network, the 21-year-old singer said that she prefers to be a freelancer for now.

CONCERT WITH JASON MRAZ. Zendee did not hide her excitement for her upcoming gig as the special guest of Jason Mraz during his concert in the Philippines. The said concert will take place on May 14 at the Smart Araneta Coliseum.

Zendee is expected to perform 5 songs from her new album and a duet performance with Jason as they sing the hit song "Lucky."

Like all artists, the young singer also dreams of having her own concert but wants to do it differently by paying it forward.

For now, her attention is now focused on her album, which is why there is no schedule yet for her first solo concert. Besides, she already has the chance to perform in a concert with an international artist and for Zendee, that is already a huge achievement.

Zendee looks forward to making more albums in the future.

I Believe contains six original compositions and some cover songs such as "Go The Distance."

Zendee says that "Go The Distance"aptly describes her journey as a singer since it has lyrics that go: "I have often dreamed, of a far off place / Where a hero's welcome, would be waiting for me / Where the crowds will cheer, when they see my face / And a voice keeps saying, this is where I'm meant to be."

The title track "I Believe" is an inspirational love song with only Zendee's vocals accompanied by a piano track.

Zendee also announced that she will be soon be releasing her second single titled "The Ones You Love"written by famed hit-maker, Dianne Warren.