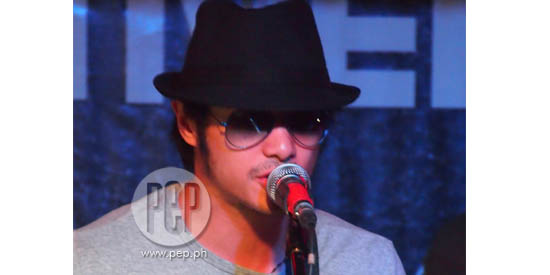 Rock stars are usually depicted as babaero, mabisyo, and insomniac.

Kean Cipriano, vocalist of Callalily couldn’t help but agree, “We get that a lot…”

When asked if any of that is true, he said, “…it’s all a matter of choice. We’re different human beings, but we’re in the same umbrella: musician. We just wanna play music in whatever form.”

At the Get Loud event of Converse, he also underlined that even other professions are not exempted from “stereotypes.”

“Kumbaga parang pag sinabi mo na puro duktor, o mga nurse ganyan, mga press ganyan, parang… But you know, at the end of the day, we still have different style. We have different principles in life.

The topic jumped to his being an actor.

“I did a couple of movies right after Babae sa Septic Tank, I did like four or five movies after that.

“Ngayon, wala akong ginagawang movie but I am so much [into] filmmaking.

Yahoo’s Maridol Bismark asked, what does he enjoy more: acting or performing?

“When you’re onscreen, when you act, when you portray your role, you do something deeper and you let go of yourself.

What’s important to him is he gets to express himself.