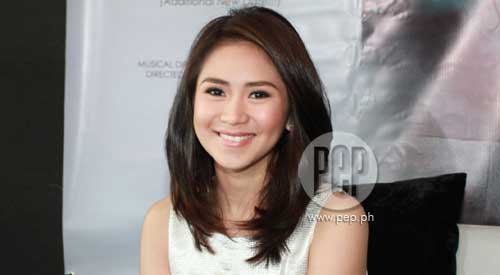 Sarah Geronimo’s aim for her upcoming Perfect 10 concert on November 15 and 30: “Gusto ko ma-appreciate ako for my talent or kung anuman ‘yong maio-offer ko as a performer.”


Perfect 10 was supposed to be a one-night concert at the Araneta Coliseum on November 15.


However, tickets for the November 15 show were already sold out as early as August, reports Vic del Rosario, big boss of the Viva Group of Companies and Sarah’s long-time mentor. “So we decided to hold a second concert. We can't disappoint Sarah's legions of fans,” Boss Vic was quoted as saying in a release provided by Viva.


As a result, the second show will be held at the Mall of Asia Arena on November 30.

The Popstar Princess said while the concert would serve as her 10th showbiz anniversary celebration, she and the rest of her team have decided to focus on her talents instead of visual effects and costumes.

In Sarah's concert last year dubbed 24/SG, concertgoers looked forward to the extravagant costumes she wore during the event.

The four costumes she used at the concert were made by Dubai-based Filipino haute couture, Furne One; and cost P6 million pesos.

In an interview with PEP.ph (Philippine Entertainment Portal) and other members of the media last week, Sarah was asked if she would also have expensive costumes at the Perfect 10 concert.

She then briefly described what would happen at the concert, “Nag-focus kami doon talaga sa journey ko for the past 10 years.

“Gusto ko ma-appreciate ako for my talent or kung anuman ‘yong maio-offer ko as a performer.

NO DRASTIC CHANGES. Meanwhile, since Sarah has been in the industry for a decade, she was asked if she’s up for a reinvention in her career.

The Voice of the Philippines coach looked like she’s not very keen about the idea.

However, Sarah mentioned that there were minor changes in her recently launched album titled Expressions.

With regard to the contents of her 10th studio album, Sarah pointed out, “Hindi na siya ‘yong lakas ng boses ang mindset, e.

IMPORTANCE OF IDENTITY. Having said that, Sarah admitted that in her 10 years in the show business, she realized, “Kailangan magkaroon ako ng sarili kong identity.”

While Sarah still considers it important to have someone to look up to, she also reminded, “Pero dapat hindi nawawala ‘yong sarili mong boses, sarili mong style.

“Importante ‘yon at saka finding your own voice, your own style.”

And probably her most important realization recently, “Always, always sing from the heart.


In her first decade in showbiz, Sarah has accomplished a lot as a singer and an actress.


At the recent 5th Star Awards for Music, Sarah was named Female Recording Artist of the Year.


She is also the only Filipina singer nominated in the Best Southeast Asia Act category at this year's MTV Europe Music Awards (EMA). Sarah will be vying against Malaysia's Hafiz, Vietnam's My Tam, Indonesia's NOAH, Singapore's Olivia Ong, and Thailand's Slot Machine. 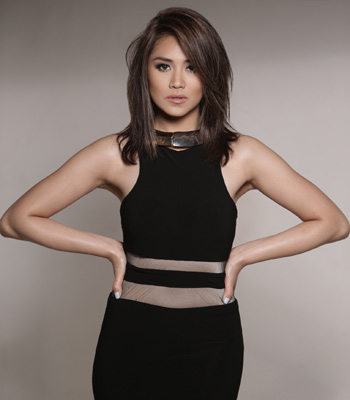