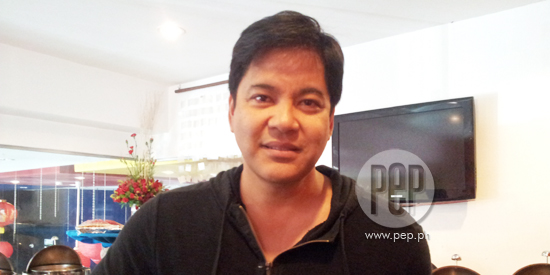 Martin Nievera hopes young singers will learn from his bad experience with a bogus producer in the United States. Instead of making a name in the international scene, he ended up financing his own show that hardly anyone watched. "It was hard. Every night, I’d perform. But there were only 17 people, 12 people in the audience. There were two people pa nga. "The night I decided ayoko na, hindi ko na kaya, I was singing 'For

To this day, Martin Nievera can still vividly remember the disastrous turnout of his stint in Las Vegas back in 2007.

Thinking that this could pave the way to international stardom, he signed a one-year-contract as the main performer in Steve Wyrick Theater at Aladdin Hotel (currently known as Planet Hollywood).

However, he was left in the dark by the Filipino producer who got him the deal in the first place.

“Ang yabang ko. I bought a new house and a new car. One year contract, wohoo!

“I was the first artist in this new venue owned by an American magician [Steve Wyrick].

“He wanted [Frank] Sinatra, but Sinatra's dead, right? So they ask the investors, ‘Who should we get?’

“One of them is a Filipino and he said, ‘Do you know Martin Nievera? He actually has family here in Vegas,’” Martin narrated in an interview with PEP.ph (Philippine Entertainment Portal) and other reporters last January 29.

CONTRACT GONE SOUR. As soon as Steve learned about Martin’s showbiz career in the Philippines, the Concert King was immediately tapped to be the main act in the said Las Vegas theater.

“On the first month, it was great. On the second month, that guy who said ‘Get Martin Nievera!’ disappeared.

“He was my only representative with these people but he was nowhere to be found.

“The taxi cabs and billboards with all my faces disappeared because no one is paying for them.”

To make matters worse, Martin was forced to sell his stuff just to be able to finance his shows at the Steve Wyrick Theater.

“A band was performing with me for free. And Americans don't play for free but they believe in my show. They believed in me.

“I could have gone on for as long as I wanted, but I was paying for everything. I was selling cars and selling watches to keep this band going.”

But the fact that hardly anyone watched his shows eventually took its toll on Martin.

“It was hard. Every night, I’d perform. But there were only 17 people, 12 people in the audience. There were two people pa nga.

“The band continued to play. They said, ‘Where's Martin? Where are you going?’ I said, ‘We're done.’ I went straight to my car. That was it. The end.”

The whole experience isn’t something to be proud of, but the Concert King hopes that other performers will learn from his story.

“If I can do it all over again, I would have been a little smarter. But if people flash all these dollar signs, you’d think this is it.

“And it was what I’ve always wanted—to be world-known. I want to bring pride to my country. And I thought this is it. Big mistake.”

What advice can he give newbie singers who are raring to make it big in the international scene?

“Don’t go where the grass is greener. It's not always greener. It could be astroturf,” Martin quipped.

STEADY CAREER. Fast-forward to present time, Martin said that he’s content with the blessings that are coming his way.

“I think I have less fears now than I did before because I’m getting a little older. Even in the business, I know where I stand.”

The 51-year-old singer added that sometimes he wonders if it’s time for him to “graduate” from ASAP and let young stars take their turn in the spotlight.

But Johnny Manahan, Star Magic chairman emeritus and director of ASAP, made it clear that he wants the Concert King in the Sunday variety show of ABS-CBN.

“Mr. M [referring to Manahan] told me, ‘Quit all your shows but not ASAP. At this point, I can’t imagine myself doing another show like ASAP. I am a Kapamilya all the way.”

Aside from his regular hosting stint, Martin is gearing up for a Valentine concert with Regine Velasquez dubbed as Voices of Love.

It will be held at the Mall of Asia Arena on February 14.

Asked about their repertoire for the concert, Martin said that they have actually considered several song requests from their online supporters.