Will Raimund Marasigan reunite with Eraserheads for a concert abroad? 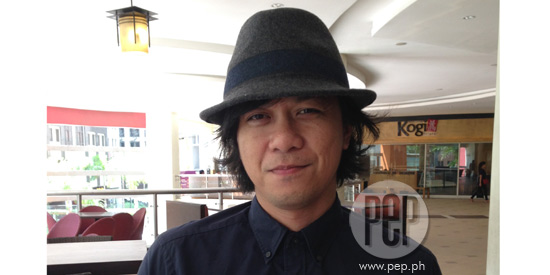 Last April, Raimund Marasigan (in photo) reunited with Ely Buendia and the Eraserheads for a concert in London.

Seemingly serving another delicious offering of rhythm and beats, musician Raimund Marasigan is yet again cooking something up with other artists and his bands, Sandwich and Squid 9, among many other pet projects.

Arguably one of the busiest rock stars in the country today, Marasigan confirmed to PEP.PH, during an exclusive interview session hosted by Toblerone Philippines, that he is in the process of creating new sounds and collaborating with other performers this year.

“Sandwich and Pedicab are busy with gigs, then with my ‘new, old band,’ Squid 9, plus I’m coming up with a couple of rap albums, one is with Psych and another one is with Mon [Punzalan] of Team Manila and Switch Trick. And I’m doing something with Abra. It’s going to be a hip-hop year,” he said.

“I’m constantly working because I enjoy it. There would be good months and bad months but I was raised in a way that, if you are working, you’re working and if it’s working for a good deal, or fighting the good fight for music and art, I think that’s good, di ba?”

Nearly a year after the launch of Sandwich’s Fat, Salt & Flame, Marasigan also revealed that the15-year-old band is working on a new album.

“We recently played new songs, not from the new album, but new songs for the next album. We’re always excited.” As for the sales of Fat, Salt & Flame, he said, “I don’t know and care about sales. But we love it.”

Considering their hectic schedules, how did the concert come about? “The promoter [Finest Workers UK] contacted the managements, because we’re separately managed, so inayos nila,” explained Marasigan.

When asked if there would be a round two of the show, he said, “We’re not sure. I think they [promoter] wanted to do more, but the problem is our schedules. Ely [Buendia] just released his film [Bang Bang Alley]. That’s actually the main problem with the Heads, e, our schedules.”

But he’s not complaining. “I’m doing everything I want to do. I can bike whenever I want, sing, and travel, and that’s all because of music.”

Rockin’ Fatherhood
By the time Marasigan is done with his work and gigs, the real encore that he plays is at home—as a father to his 14-year-old daughter, Atari Kim, with his life-partner (and band mate) Myrene Academia.

And the “rocker” lifestyle is never foreign to Atari. “She woke up to it. She is used to seeing her parents the whole afternoon, the whole day and she’s used to not seeing us the whole night. Or sometimes, she’s used to coming to work with us. It’s different.”

But, he continued, “If I don’t have work. I pick her up from school then we hang out for a couple of hours. At least every day, we hang out.”

This Father’s Day, Marasigan shared that he supports Toblerone Philippines “Wanna Hang Out Dad?” campaign. With Atari, he said, “we swim, we ride bikes every week.”

It comes as no surprise that his daughter is also a music lover. “She likes a lot of music. She likes a lot of the new American punk rock bands that come here… She can play. All of her titos and titas do. She can play guitar, piano, and drums. But she’s not the musician type that she has to play every day. Hindi niya hinahanap.”

He’s a cool dad, to boot. “Lahat pwede. Halos lahat pwede. Walang bawal. Thankfully I don't have to discipline her.”

Marasigan, however, revealed that, while he seems all-familiar with fatherhood, one is just never ready.

With all things happening around him, it appears that Marasigan got his plate full. But this busy musician is clearly a happy father to Atari.

His formula: “Spend time with your kid. I think that’s the secret.”